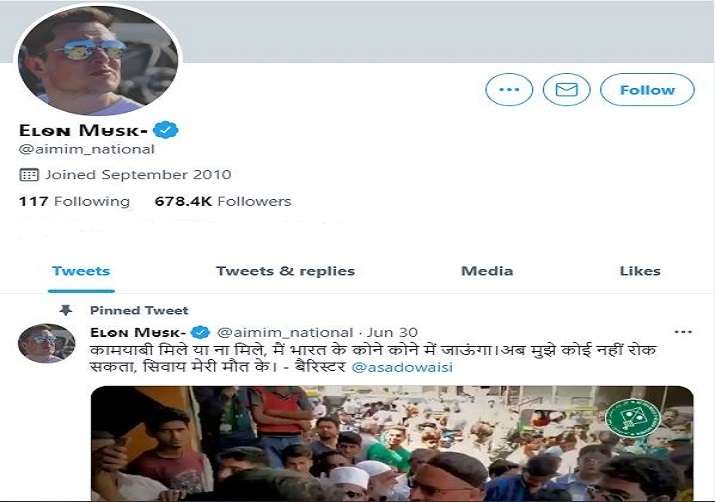 The official Twitter account of All India Majils-e-Ittehadul-Muslimeen (AIMIM) was ‘hacked’ on Sunday, party sources said. The same account was hacked nine days ago but was restored, they said adding it was again hacked at around 1 pm today.

The hackers changed the Twitter profile name from AIMIM to ‘Elon Musk’ and also the profile picture of the handle was changed with the photo of Tesla CEO Elon Musk.

A complaint to Hyderabad police will be lodged on Monday, he said.