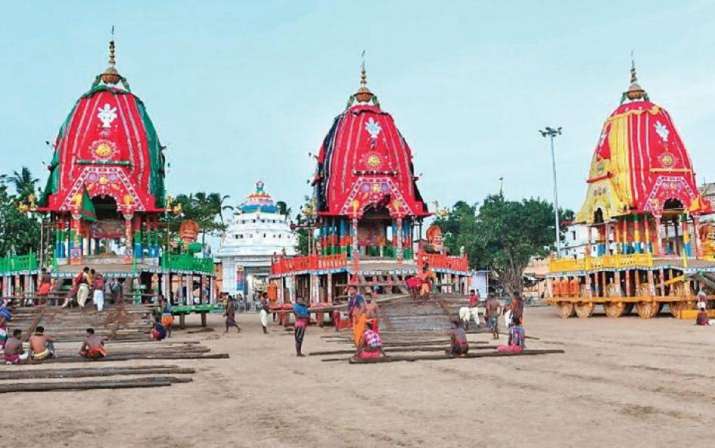 The Puri administration shut all hotels, lodges, dharmasalas and guesthouses along the Grand Road on Sunday as preparations began for a devotee-less ‘Bahuda Jatra’ or return car festival of Lord Jagannath on July 20, officials said. The administration decided to impose a curfew in Puri town in Odisha from 8 pm on July 19 till 8 pm on July 21, they said.

Some devotees defied curfew and watched the Ratha Jatra of the trinity — Lord Balabhadra, Devi Subhadra and Lord Jagannath, from rooftops of hotels and lodges, they said. Keeping in view that experience, the district administration decided to shut all hotels, lodges and guest houses by Sunday evening, officials said.

The hotels and lodges were told to submit an undertaking on the closure to the local police, an official order issued by the district administration said.

A survey of persons residing in the houses located along the Grand Road was also done by the district administration.

“During the period of curfew, any person found beyond the survey list without proper justification will be booked by the police under relevant provisions of the law,” the order said.

Stating that no person will be allowed to see ‘Bahuda Jatra’ from rooftops or balconies, the administration said that all shops and commercial establishments, including pharmacies, will be shut during the period.

All entry points of the district will be sealed in order to restrict the movement of people from other districts during the period, officials said.

“During the period of curfew, for areas other than Grand Road, all shops will remain closed except medicines, pharmaceuticals, medical devices and optical shops,” the order said.

“Any violation of the order will entail punishment as per provisions under Section 188 of IPC and provisions from Section 51 to 60 of DM Act, 2005 and COVID Regulations 2020,” the district collector said in the order.