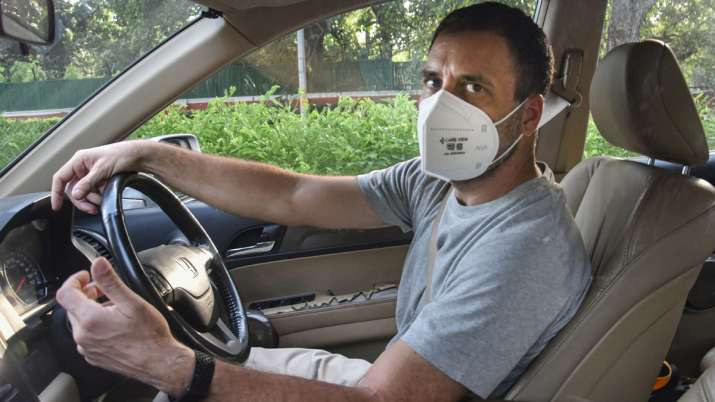 Congress leader Rahul Gandhi on Monday took a swipe at Prime Minister Narendra Modi over the phone tapping issue. Launching a veiled attack against the Prime Minister, he tweeted, “We know what he’s been reading-everything on your phone! #Pegasus.”

He said this while referring to a report that phone numbers of Indian ministers, leaders in the opposition, and journalists were found on a database of targets for hacking that used Israeli spyware ‘Pegasus’ – only available to government.

With this he tagged his July 16 tweet saying, “I am wondering what you guys are reading these days.”

Congress general secretary Randeep Singh Surjewala said that the government is “tapping jeevi” and has not spared even the RSS leadership and this is “detective sarkar”.

According to media reports, Indians in the snooping database include over 40 journalists, three major opposition figures, one constitutional authority, two serving ministers in the Modi government, current and former heads and officials of security organisations and scores of business persons. Among the numbers in the Pegasus Project database is one that was registered in the name of a sitting Supreme Court judge.

The government has, however, denied involvement in the hacking, saying, “The allegations regarding government surveillance on specific people has no concrete basis or truth associated with it whatsoever.”