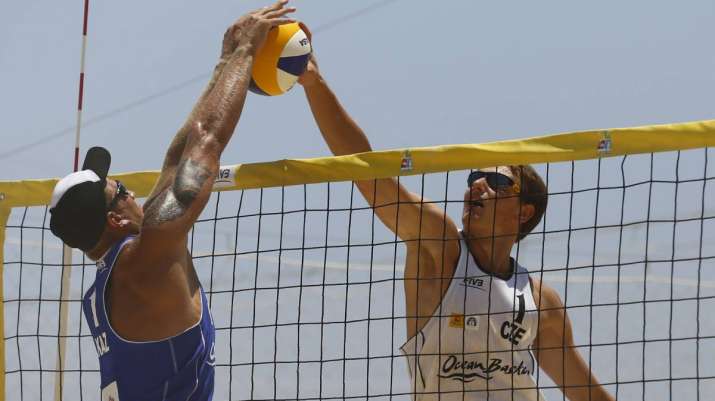 Czech beach volleyball player Ondrej Perusic has become the third athlete staying at the Olympic Games Village to test positive for COVID-19, his country announced on Monday, a fresh setback to the mega-event which opens in less than four days.

This comes after two South African footballers tested positive for the virus on Sunday. It is the second positive case to be revealed in the Czech Olympic contingent. The Tokyo Organising Committee has so far confirmed 58 Games-related COVID cases.

“Despite following all precautions (on) COVID-19 beach volleyball player Ondrej Perusic became infected. He is currently asymptomatic and is in isolation according to the rules,” the country’s official Olympic team handle posted.

His sample came positive on Sunday during testing at the village, according to Czech contingent head Martin Doktor.

“He also has absolutely no symptoms of the disease, however, PCR analysis confirmed the result of the antigen test,” Doktor was quoted as saying by the Czech Olympic Committee’s website. “It’s still fresh information and everything is evolving very fast,” he added.

The Czech Olympic Committee said that the team received a message about the Perusic’s positive result this morning by e-mail, asking them to take the player for PCR test at the village.

“We waited several hours for the result. When it turned out to be positive, we delivered Ondra’s things.

The organizers then took him to a hotel, which is designed to isolate asymptomatic cases, because Ondra is currently in good health,” the team’s Chief physician Jiri Neumann said.

Perusic and his teammate David Schweiner were to play their first match on July 26 and the Czech team said it will request for a postponement.

“So now we’re looking at a possible postponement of matches or other options that would allow the boys to enter the tournament later, according to the rules. But we will be wiser in this regard in the next hours and days. In any case, we will try to avoid disappointment,” said Doktor.

The Tokyo Games Organising Committee’s daily update of COVID-19 cases did not mention any athlete on Monday, revealing three cases on the day.

The Games will be held behind closed doors amid tight health safety protocols to try and ensure that they do not end up being a super spreader as is being feared.