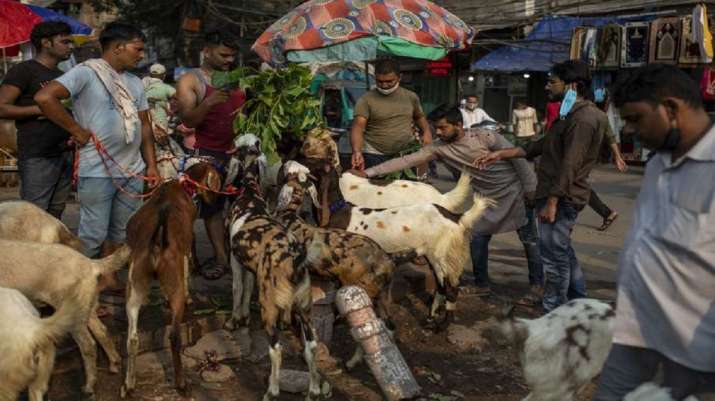 The Uttar Pradesh government on Monday banned the slaughter of cows, camels on the occasion of Bakrid. Apart from that gathering of more than 50 people at a place has also been prohibited. Bakrid or Eid al-Adha is on Wednesday, July 21. There will be a ban on ‘qurbani‘ of animals at public places, a government notification said.

Earlier, the yearly Kanwar Yatra was cancelled in Uttar Pradesh in view of the Covid-19 situation. Organisers of the yatra announced their decision to cancel the annual event this year too in the wake of looming threat of third wave of pandemic.

“On the request of the UP government, Kanwar associations have decided to cancel Kanwar Yatra in UP,” said a government spokesperson.