Maharashtra rains: 5 of family dead as boulder crashes into slum in Thane 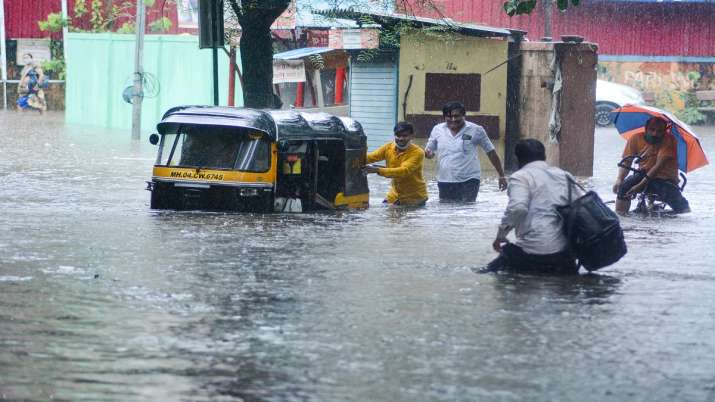 Five members of a family, including three minors, were killed on Monday evening after a boulder rolled down and crashed into a slum colony due to incessant rains in Kalwa area of Thane district, officials said. Thane Municipal Corporation’s Regional Disaster Management Cell chief Santosh Kadam said the incident took place in Gholai Nagar, where five people – a husband-wife duo and their three children – were buried alive.

The bodies have been retrieved from the debris by search and rescue personnel, he said.

“Two children were rescued after the incident. All the deceased, including three minors, were from the same family,” he said.

Kadam said the boulder crashed on a house in a ‘chawl’ (an old row tenement), trapping its seven occupants, all from the same family.

While two children, aged 5 and 18, were rescued, the five others died in the incident, he said.

The deceased were identified as Prabhu Sudam Yadav (45), his wife Vidhavatidevi Yadav (40) and their children Ravikisan (12) Simaran (10) and Sandhya (3), Kadam said.

People have been shifted from the houses in the vicinity as a precautionary measure, he added.

In another incident, some makeshift homes collapsed in Shivaji Nagar area of Kasara due to rains, a Thane civic official said.

Though no was injured, families in the area were shifted and accommodated in a nearby Zilla Parishad school, he said.

Another official said 116 picnickers, including 78 women and five children, were stranded in Kharghar hills in Navi Mumbai due to rains and were later rescued by local fire brigade personnel.

He said bridges in Vasai, Bhiwandi and Murbad towns in Thane and Palghar districts had been submerged in water due to downpour, leading to heavy disruptions to traffic in these areas.

The official added the Bhatsa river was overflowing and the water supply to Thane city was affected due to debris getting stuck in the strainers at Pise.