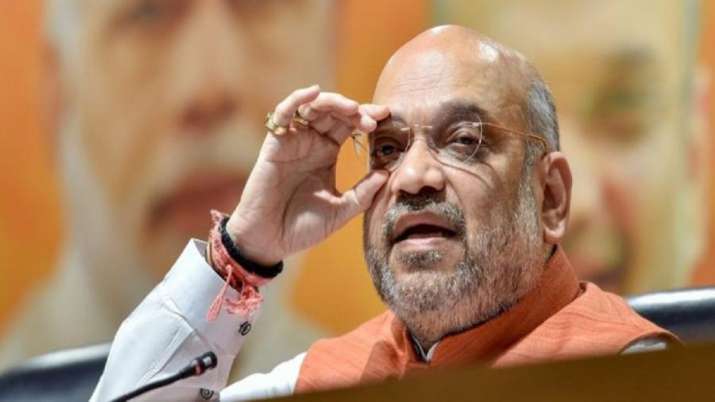 Home Minister Amit Shah on Monday rubbished the Opposition’s charge against the government over the alleged phone tapping of politicians, journalists and other prominent people, calling it a ‘report by disrupters for the obstructers’. Amit Shah said that the report claiming use of ‘Pegasus’ spyware for snooping was released deliberately to disrupt the Monsoon Session of Parliament that began today.

“People have often associated this phrase with me in lighter vein but today I want to seriously say – the timing of the selective leaks, the disruptions…Aap Chronology Samajhiye! This is a report by the disrupters for the obstructers,” Shah said in a statement.

“Disrupters are global organisations which do not like India to progress. Obstructers are political players in India who do not want India to progress. People of India are very good at understanding this chronology and connection,” he added.

The Home Minister stressed that despite the attempt to derail the Parliament’s functioning, the Monsoon Session will certainly witness plenty of constructive work.

“Disruptors and obstructers will not be able to derail India’s development trajectory through their conspiracies. Monsoon session will bear new fruits of progress,” Amit Shah said.

“The facts and sequence of events are for the entire nation to see. Today the Monsoon Session of Parliament has started. In what seemed like a perfect cue, late last evening we saw a report which has been amplified by a few sections with only one aim – to do whatever is possible and humiliate India at the world stage, peddle the same old narratives about our nation and derail India’s development trajectory,” he added.

Earlier in the day, Parliament saw a stormy start to the Monsoon Session as IT Minister Ashwini Vaishnaw made a statement amid the din on the Pegasus affair, a political slugfest ensued outside Parliament with the Congress and the BJP trading barbs over the issue.

While the Congress demanded the sacking of Home Minister Amit Shah and a probe into the ‘role’ of Prime Minister Narendra Modi in the matter, the BJP hit out at the Opposition party over its attack and claimed that there is not a ‘shred of evidence’ to link either the ruling party or the Modi dispensation with the matter.

The Congress claimed that its former president Rahul Gandhi poll strategist Prashant Kishor were among those whose phone numbers were listed as potential targets for hacking.