No evidence that Afghan ambassador’s daughter was kidnapped: Pak police 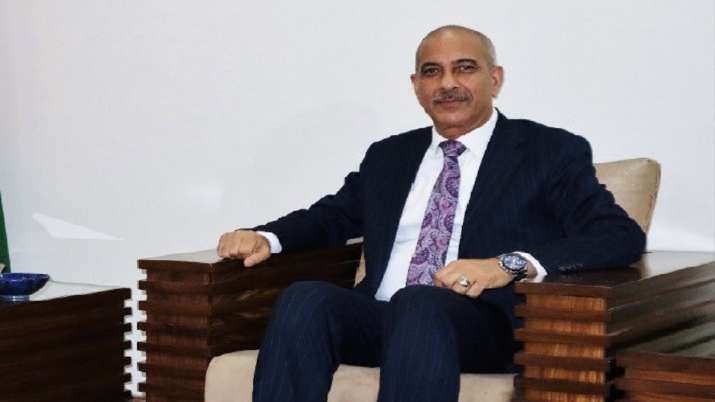 Pakistan police on Monday said they have found no evidence that the daughter of the Afghan ambassador was abducted from the capital city, an incident that has triggered a major diplomatic row between the two neighbouring nations.

Silsila Alikhil, the 26-year-old daughter of Afghanistan’s ambassador to Pakistan Najibullah Alikhil was abducted, tortured and assaulted on Friday by unknown persons in Islamabad. She was abducted while riding a rented vehicle and was held for several hours before being released. She was found near the F-9 Park area of the capital with torture marks on her body.

Addressing a press conference along with Foreign Minister Shah Mahmood Qureshi and National Security Adviser (NSA) Moeed Yusuf, Islamabad Inspector General of Police (IGP) Qazi Jameelur Rehman said police had collected the video footage of all places visited by the envoy’s daughter that included the collected data of around 300 CCTV cameras in Islamabad and Rawalpindi.

“We used all our resources for the investigation…and supported all law enforcement agencies,” he said, adding that the abduction was not proven yet.

Rehman said police had analysed all footage of the movement of the ambassador’s daughter on the day of the kidnapping, however, the “impression given (about her abduction) is not corroborated by the evidence we have collected”, the Dawn newspaper reported.

He said more than 220 people were interviewed and all footage analysed which showed her whereabouts.

In a statement to police, Alikhil had said she went to buy a gift and hired a taxi. While coming back, the driver pulled over on the roadside after a five-minute drive and another man barged in who first shouted at her then started beating her. “Because I was scared, so I felt unconscious,” she said.

Alikhil said after she regained consciousness, she found herself “at a place full of dirt”. She then took a taxi to go to a nearby park from where she called her father’s colleague, who brought her home.

The kidnapping and assault incident has soured the ties between Pakistan and Afghanistan. On Sunday, the diplomatic crisis between the two nations deepened after Kabul announced that it will withdraw its ambassador and other senior staff from Islamabad.

Pakistan also called back its ambassador to Afghanistan for “consultations” on the alleged abduction and release of the Afghan envoy’s daughter.

During the press conference, Foreign Minister Qureshi said Pakistan was committed to taking the investigation to its logical conclusion at the earliest. He said the security of the Afghan consulates and diplomatic staff in Pakistan have been beefed up.

He said the Afghan authorities want to send their teams to check the “security environment” and Islamabad has responded in affirmative to their request.

He asked the Afghan government to review their decision of recalling their ambassador. “We don’t have any intention to hide anything…we need their cooperation to take the investigation to its logical conclusion,” Qureshi said.

NSA Yusuf said Pakistan is in the middle of a targeted “hybrid warfare” and information war was being used against it. He said the incident of abduction was also being used to tarnish Pakistan by creating a narrative against it.

He said the focus of all efforts was to create an impression that Pakistan was trying to destabilise Afghanistan and that the security situation in Pakistan was precarious.

“This is part of an orchestrated campaign of which various fronts have been opened against Pakistan,” he said.

Pakistan and Afghanistan often trade accusations, with Kabul claiming Islamabad is sending thousands of militants to fight in the war-torn country and providing safe haven for the Taliban.

Afghanistan has seen an uptick in violence after US President Joe Biden’s announcement of the withdrawal of US and NATO troops from the war-torn country.

Also Read: Taliban say they want Afghan deal, even as they battle on

Splitsvilla X3: Kat-Kevin, Nikhil-Pallak end their relationships in real-life for THIS reason