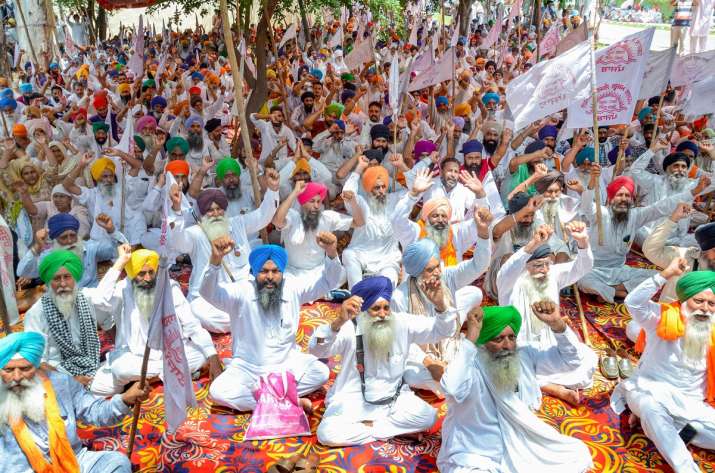 Samyukt Kisan Morcha on Monday accused Delhi Police of spreading misinformation by describing their protest outside Parliament as “Sansad gherao”. However, there was no reaction from police regarding the allegation.

SKM has already informed that there are no plans of laying siege to the Parliament, and the protests will be peaceful and disciplined, the umbrella body of farmer unions said in a statement.

“Delhi Police is choosing to indulge in deliberate misinformation and SKM asks Delhi Police to desist from the same,” it said. It condemned social media posters doing rounds, asking for a siege of the Parliament.

“All such calls, genuine or fake, are anti-farmer, and against the interest of the ongoing farmers’ movement. SKM strongly condemns it,” the statement said.

“SKM and the protesting farmers have nothing to do with such calls or any such organisation. SKM calls upon those generating posters and calls for action, to desist from deviating and diverting in any way, the just cause of farmers and their peaceful protests,” it added.