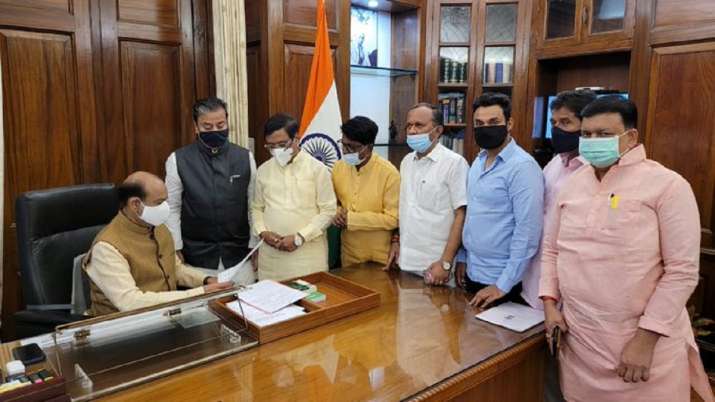 Upping its ante against the Centre, the Congress on Tuesday demanded a probe by a Joint Parliamentary Committee in the Pegasus snooping controversy.

Congress spokesperson Shaktisinh Gohil said the government should clearly tell whether it has purchased the Pegasus spyware or not and hold a joint parliamentary probe.

“We had given adjournment notices in both Rajya Sabha and Lok Sabha to hold a discussion on the violation of national security and the fundamental rights under the Constitution over the phone tapping issue,” Gohil said.

Gohil also said the party’s demand is that the government should order a joint parliamentary committee probe into the snooping and phone tapping issue.


“The minister, who was trying to create confusion on the matter should answer clearly whether the government has bought the Pegasus spyware or not. If yes, then the government should order a joint parliamentary committee probe to investigate the entire matter,” he said.

The opposition party along with other parties also stalled proceedings of both houses of Parliament while raising the issue.

Opposition members raised uproar in both houses and demanded a thorough probe into the charges of snooping on journalists, politicians, ministers, judges and others using Israeli Pegasus spyware.

Leaders of various political parties also met before the start of proceedings in both houses of Parliament to decide their strategy on the issue.

Several of them had also given adjournment notices in both houses demanding a discussion on the issue.

Shiv Sena leader Sanjay Raut said, “Pralhad Joshi & Ashwini Vaishnaw have also emerged in snooping row. Later they were inducted into Union Cabinet. Vaishnaw, who has also been spied upon, was made Minister of same (IT) department.”

The government on Monday categorically rejected in Lok Sabha allegations of snooping on politicians, journalists and others using Pegasus software.

Rs 40,000 crore approved to deal with COVID-19 pandemic, to ramp up of health infra