Mansukh Mandaviya takes on Oppn: Before being a minister, I’m a father. My daughter worked in Coid ward 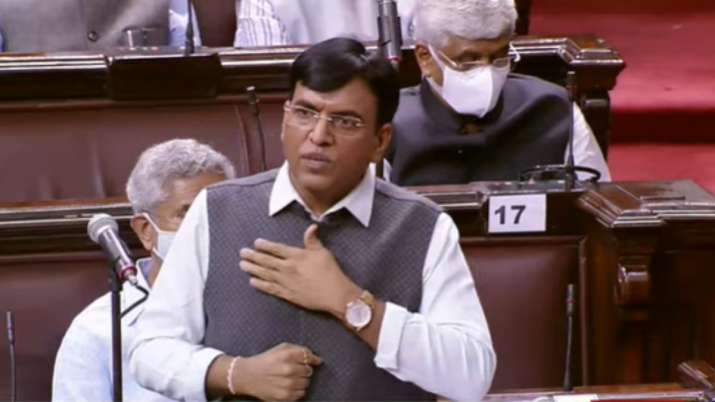 Taking on the Opposition over the allegations of Centre misreporting the Covid deaths, Union Health Minister Mashukh Mandaviya on Tuesday said that the government only compiles and publishes the data provided by the states. And also, that the Centre didn’t ask any state to show less numbers (of deaths) or less positive cases.

“Centre compiles & publishes the data sent in by state govts. Our work is to publish that data, & nothing else. We haven’t told anyone to show less numbers (of deaths) or less positive cases. There’s no reason for that. Prime Minister had said the same in meetings with CMs,” Mandaviya said.

The newly-appointed Health Minister, while replying to the discussion on Covid-19 in the Rajya Sabha on Tuesday, said that he was a concerned father of an intern daughter who was on duty in a Covid ward during the pandemic.

“They say why did we do ‘thaali-taali’? We did it to encourage Corona warriors. We did it for the Policemen standing on the roads for our protection, we did it in honour of the healthcare staff – from the lowest to the highest level. Before being a minister, I’m a father. My daughter worked as an intern doctor in COVID ward. She told me that she would work in that ward itself and she continued. At that time I realised the importance of ‘thaali-taali’, it gave us courage.”

“When there’s need to work together & implementation has to be done by the states, at that time we never said that this state failed or that state didn’t do this. I don’t want to do politics but many states have 10-15 lakh doses of vaccines with them, I have data.”

Targeting the Opposition for playing politics over the pandemic, the Health Minister said, “Our govt has always said that this crisis shouldn’t become a reason for politics. There shouldn’t be politics in this crisis…PM Modi has said that when 130 cr people of India take one step forward, the country can move forward by 130 cr steps.”

On third wave he said, “When we speak of the third wave, the 130 crore people – the common people, all state governments – should make a collective decision that we won’t let a 3rd wave hit our country. Our resolution & PM Modi’s guidance can save us from a third wave.”


No deaths due to lack of oxygen reported by states during second Covid wave: Govt

T20I Series Will Be Decided Tonight; When & Where To Watch England Vs Pakistan 3rd T20I Live?