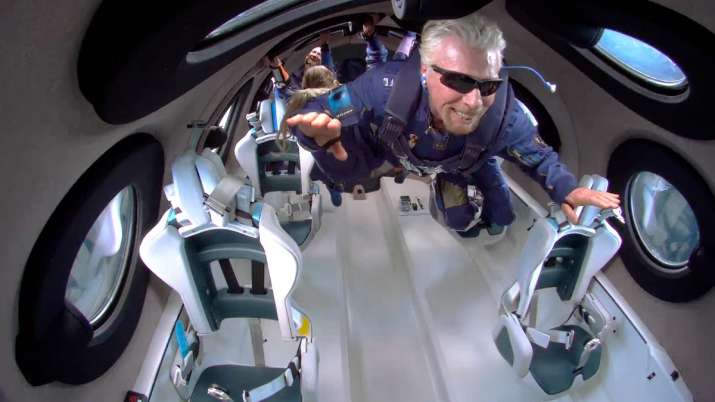 British Billionaire Richard Branson congratulated the world’s richest man and Amazon co-founder Jeff Bezos for travelling to the edge of the space in his own company Blue Origin’s fully automated New Shepard rocket.

Virgin Group founder Richard Branson, who himself travelled to space to test the customer experience onboard Virgin Galactic’s spaceship VSS Unity as part of this remarkable crew of mission specialists – and now astronauts, took to Twitter and Congratulated Jeff Bezos and crew saying, “Well done

@blueorigin, @jeffbezos, Mark, Wally and Oliver. Impressive! Very best to all the crew from me and all the team at @virgingalactic.” 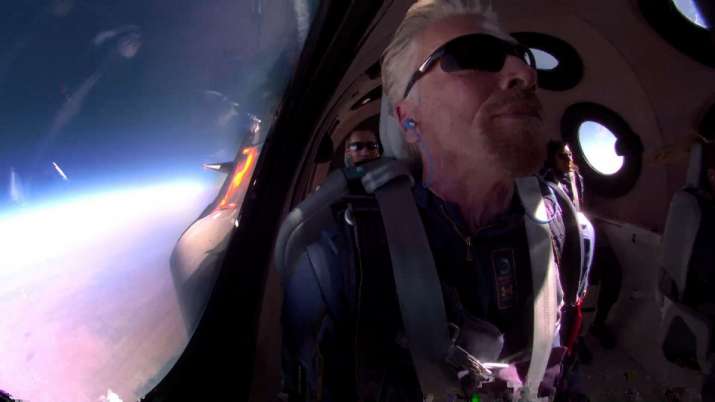 The rocket aims to fly beyond the Karman line and the trip will last approximately 11 minutes from launch to capsule landing. Astronauts will experience three to four minutes of weightlessness before returning to Earth in their space capsule.

What is Karman Line in space travel?

The Karman line, 100 km above the ground, is the internationally recognised boundary of space. The 57-year-old billionaire said that he is not nervous, but excited.

“People keep asking if I’m nervous. I’m not really nervous, I’m excited. I’m curious. I want to know what we’re going to learn,” Bezos, 57, was quoted as saying in the “CBS This Morning” programme on Tuesday.

“Today marks the first time in history that a commercial company will launch a privately-funded and built spacecraft from a private launch range with astronauts on board,” Blue Origin shared in a tweet before the launch.

Bezos’ flight follows Richard Branson’s flight to the edge of space aboard his company Virgin Galactic’s VSS Unity on July 11. Branson’s flight, however, did not go beyond the Karman Line. It climbed nearly 86 km above the Earth’s surface.

“Wishing the entire @blueorigin team a successful and safe flight from all of us,” Virgin Galactic said in a tweet on Tuesday.

What is Blue Origin’s Shepard rocket

The five-storey-tall New Shepard rocket, named after the first American in space, Alan Shepard, is designed to launch a crew capsule with seats for six roughly 340,000 feet into the sky toward the edge of space. The booster is topped by a gumdrop-shaped Crew Capsule with space for six passengers inside and large windows.

After reaching the Karman line, the capsule will detach from the booster, allowing those inside to view the curvature of the earth and experience weightlessness. The booster and capsule will then land separately, with the capsule landing in the west Texas desert with the help of parachutes.