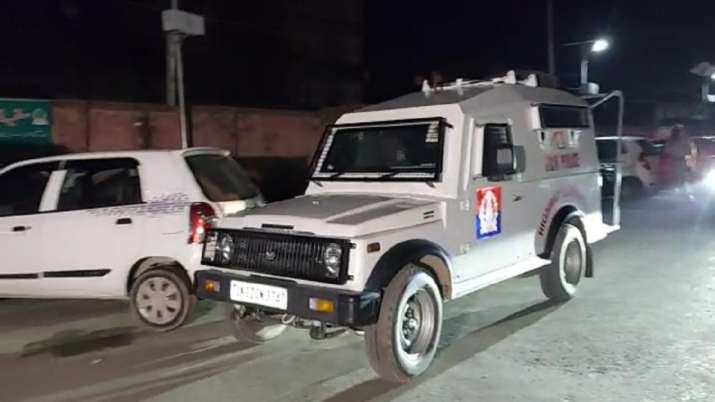 In another coward attack, terrorists opened fire upon the wife and daughter of a police constable Sajad Ahmad Malik in Verinag, Anantnag in Jammu and Kashmir on Tuesday. The entire area was cordoned off while the injured were shifted to a nearby hospital.

“One of the attackers who fired upon the wife & daughter of a police constable in Verinag, Anantnag has been identified as Mufti Altaf, a terrorist of Jaish-e-Mohammed, as per eyewitnesses,” Jammu and Kashmir Police said.

On Monday, security agencies busted a Lashkar-e-Toiba (LeT) terror module in Budgam district by arresting a local terrorist and his four associates, all of whom were in touch with their Pakistan-based handlers through social media platforms.

Acting on a specific information, police, Army and CRPF personnel arrested Mohammad Younis Mir, a local terrorist linked with the LeT, and recovered incriminating materials, and arms and ammunition from him, a police spokesman said.

Mir is a resident of Choon area in Budgam. One Chinese pistol, one magazine and eight live pistol rounds were recovered from him, the police spokesman said.

Mir’s questioning led the police to his four terror associates and the LeT terror module, the spokesman said.

“Incriminating materials and ammunition including two hand grenades were also recovered from their possession. They have been identified as Imran Zahoor Ganie, Umer Farooq Wani, Faizan Qayoom Ganie and Shahnawaz Ahmad Mir,” he said.