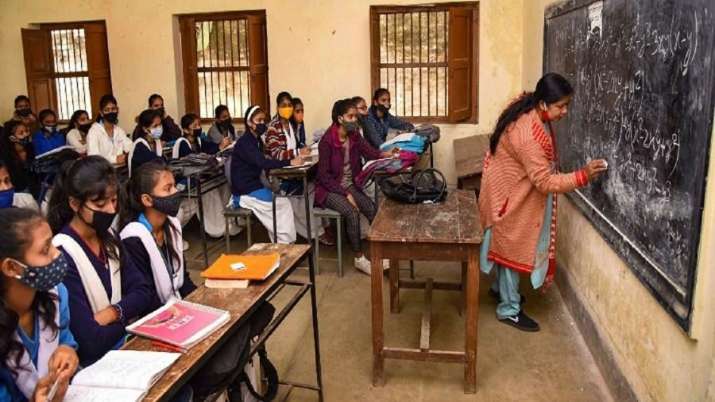 The Chhattisgarh government has decided to reopen schools for classes 10 and 12 and colleges with 50 per cent occupancy from August 2, as the Covid situation improves in the state, an official said. According to an official statement, the decision in this regard was taken during a cabinet meeting chaired by Chief Minister Bhupesh Baghel at his official residence in Raipur.

Colleges and schools were shut in the state after the second wave of coronavirus began in March this year.

“In light of the current COVID-19 situation, physical classes for students of universities and colleges for the academic session 2021-22 will be started from August 2 with 50 percent daily attendance,” the statement said.

Students will attend classes on alternate days, while online classes for all streams will be continued as before, the official said, clarifying that the physical classes are not mandatory.

All Industrial Training Institutes (ITIs) in the state will be started from August 2, while medical, engineering and polytechnic colleges will be reopened in a phase-wise manner, he said.

Similarly, physical classes for Classes 10 and 12 will resume from August 2 with 50 per cent attendance, and permission from parents will be required for students to attend these classes, the official said.

Meanwhile, for reopening schools in areas where there are no COVID-19 cases, village panchayats will have to take a call after consulting parents, while in urban areas, concerned corporators will have to hold a discussion with parents for the same, it was stated.

The cabinet has also allowed reopening of hostels and residential schools in the tribal-dominated Bastar division, comprising seven districts, the statement said.

“The proposal of Bastar division commissioner to restart hostels, ashram and porta cabin for children from Classes 8 to 12, which were shut due to pandemic, has been approved,” the official said, adding that the government has also decided to reopen Anganwadi centres in two shifts from July 26.

ALSO READ | Punjab schools to reopen for classes 10, 11 and 12 from THIS date. Check details