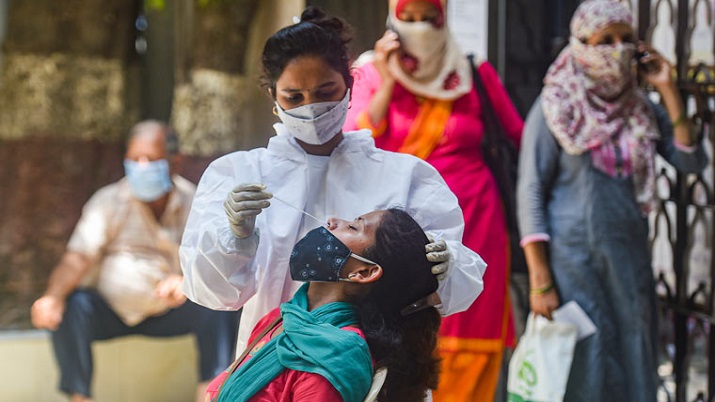 Mumbai on Tuesday reported 351 fresh COVID-19 cases, the lowest daily count after January 25, while 10 patients succumbed to the infection, the city civic body said. The city had reported 348 COVID-19 cases on January 25.

With 351 cases, the cumulative caseload increased to 7,31,914, while 10 fresh deaths pushed the fatality count to 15,726, the Brihanmumbai Municipal Corporation (BMC) said in a statement.

As many as 22,015 coronavirus tests were conducted in the last 24 hours, taking their cumulative figure to 78,11,748, the statement stated.

While the COVID-19 recovery rate of Mumbai stood at 97 per cent, the overall growth rate of cases for the period July 13 to 19 was 0.06 per cent. The case doubling rate is now 1,063 days, the civic body said.

Currently, there are seven active containment zones and 58 sealed buildings (where a certain number of residents have tested positive) in the financial capital, it said.

According to a BMC official, Tuesday’s 351 cases can be equated with last year’s tally in the first week of April when the infection counts were around 200.

The COVID-19 cases suddenly jumped from April 8 onwards and never dropped so low, he said.

“Generally, there is low response to tests on weekends due to which Monday reports less number of detections. It was Monday on January 25, 2021, and the next day was a national holiday (Republic Day).

“There is a chance of less number of tests being conducted in those days due to which the figures appeared low,” the official said.