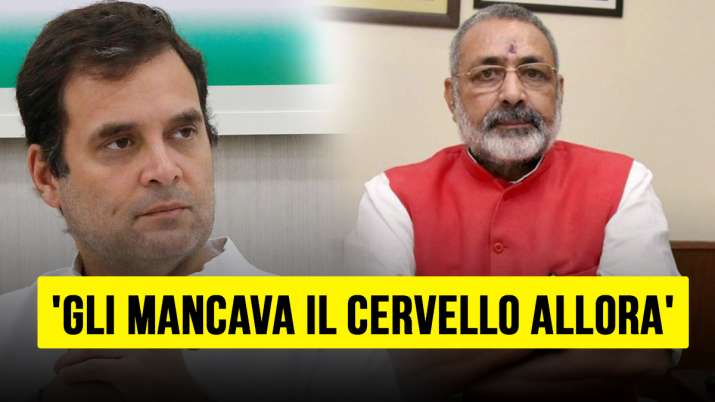 “I would say that this prince lacked the brain then, misses it now and he will miss it forever. These lists are compiled by the states. You can tell the states governed by your party to submit modified lists. Until then stop lying,” Singh tweeted in Italian.

Singh was responding to Rahul Gandhi’s criticism of the government over ‘no deaths due to oxygen shortage during second wave’ remark. Taking a swipe at the dispensation, he tweeted in Hindi that there is an “acute shortage of sensitivity and truth” in the government.

“There was not just a shortage of oxygen. There was an acute shortage of sensitivity and truth then, it was there then and is there now too,” the Congress leader said.

Reacting to the Minister’s remark, the opposition accused the government of misleading Parliament by giving ‘false information’. Congress leader KC Venugopal said he will move a privilege notice against the Minister as she has “misled and misguided” the House.

His remarks come after the government informed Rajya Sabha on Tuesday that no deaths due to lack of oxygen were specifically reported by states and UTs during the second wave.

READ MORE: Rise above politics, work together as a team to combat Covid-19 pandemic: PM Modi at all-party meet

READ MORE: No deaths due to lack of oxygen reported by states during second Covid wave: Govt

Anantnag: Terrorists Attack Wife And Daughter Of J&K Constable On The Eve Of Eid