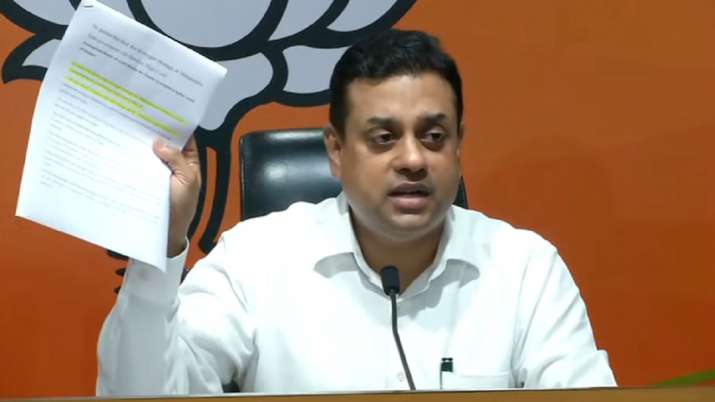 The Bharatiya Janata Party (BJP) on Wednesday slammed the Opposition, including the Congress and Aam Aadmi Party (AAP) for playing politics over the Covid pandemic. Addressing a press conference in New Delhi, BJP spokesperson Sambit Patra reiterated the government’s stand over death due to oxygen shortage during the second wave stating that the onus was on the states to report such casualties.

ALSO READ: No deaths due to lack of oxygen reported by states during second Covid wave: Govt

“There are three things one must pay attention to in the reply given by the government. Centre says that Health is a State/UT subject. It says that it just collects the data sent by States/UTs, it doesn’t generate data,” he added.

Hitting back at Rahul Gandhi, who had criticised the Modi government for claiming that no death was caused due to lack of oxygen, Patra called the former Congress president a ‘Twitter troll’.

“Rahul Gandhi has been working as a Twitter troll to mislead the people. Whether it is the issue of pandemic, vaccine or anything else…he has worked to create confusion among people,” Patra said.

Rahul Gandhi had said there is an “acute shortage of sensitivity and truth” in the government.

“There was not just a shortage of oxygen. There was an acute shortage of sensitivity and truth then, it was there then and is there now too,” Gandhi has said in a tweet in Hindi.

Earlier, Delhi Health Minister Satyendra Jain also criticised the Centre over the ‘no oxygen shortage death’ statement’. Jain said the government may also now say that ‘there were was no pandemic, no corona’. If there was no shortage of oxygen, why did the high court had to step in? Jain asked.

The Congress had on Tuesday accused Minister of State for Health Bharati Pravin Pawar of misleading Parliament by giving “false information” that there were no deaths due to lack of oxygen during the second wave of the Covid pandemic.

Congress leader K C Venugopal said he will move a privilege notice against the minister as she has “misled and misguided” the House.

Know All About Vaidehi Dongre, The Winner Of The ‘Miss India USA 2021’ Title