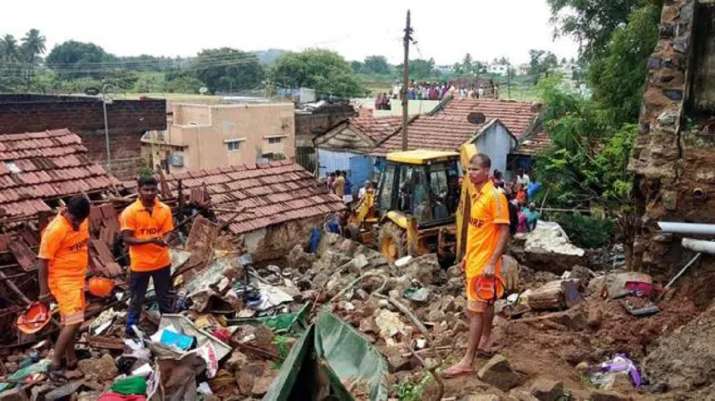 Seven people were killed and two others injured in different incidents of wall and roof collapse following incessant rains in this district of Uttar Pradesh, an official said on Wednesday.

Chief Minister Yogi Adityanath condoled the loss of lives and directed the officials to reach the spot for providing help to the victims.

Four members of a family were killed and two others critically injured when a wall and a tin shed collapsed on them in the early hours of Wednesday in Laksminpur village, the DM said .

Lalli Devi (50), Shailendra (10), Shiva (8) and Neeraj (2) — all belonging to the same family — died in the incident, officials said, adding that the injured have been admitted to hospital.

In Nankari village, Ram Lotan (42) and his wife Anita (38) died after a wall collapsed on them, DM Bhardwaj said.

A 60-year-old man in Sadarpur police station area was killed as a thatched roof fell on him due to heavy rains, he said.

All the bodies have been sent for autopsy, the DM said.

He also announced a compensation of Rs 4 lakh for the next of kin of each of the deceased.