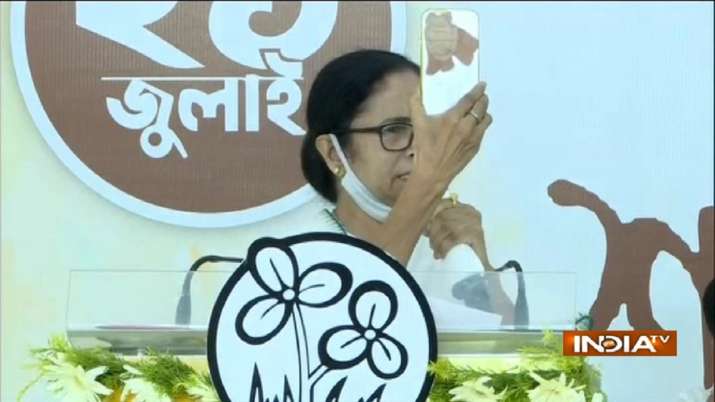 Coming down heavily on the Centre over the ongoing Pegasus controversy, West Bengal Chief Minister Mamata Banerjee on Wednesday called for the opposition to unite against the BJP.

“Three things make democracy — media, judiciary and the Election Commission — and Pegasus has captured all three,” Mamata Banerjee who was addressing the people online on Martyr’s Day, said, adding, “Today, our freedom is at stake. BJP has endangered our liberty. They don’t trust their own ministers & misuse agencies.”

“Our phones are tapped. Pegasus is dangerous and ferocious. I cannot talk to anyone. You are paying too much money for spying. I have plastered my phone. We should also plaster the Centre otherwise country will be destroyed. BJP has bulldozed federal structure,” Banerjee said.

On reports that her nephew and senior party leader Abhishek Banerjee was also a potential target for surveillance, the CM said, “I speak to Abhishek, that means my phone was also hacked.”

Calling on the Opposition to unite against the BJP, she said, “Khela’ will happen in all states until BJP is removed from the country. We’ll celebrate ‘Khela Diwas’ on Aug 16. We’ll give footballs to poor children.”

Thanking the people of Bengal for choosing Trinamool again, the CM said, “We want to congratulate the people of the country and my state. We fought against money, muscle, mafia power & all agencies. Despite all odds, we won because people in Bengal voted for us and we received blessings from people in the country, world.”