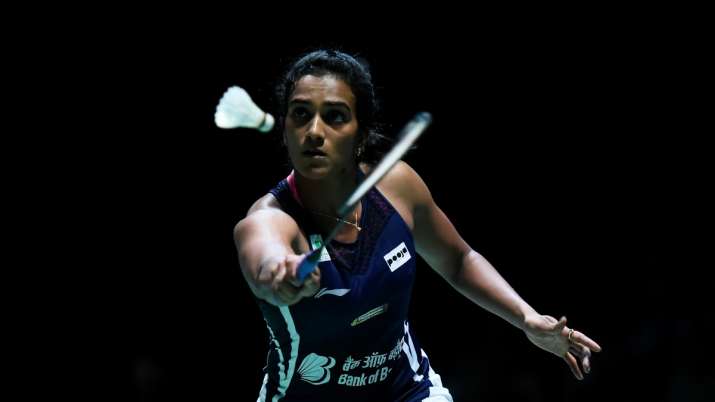 Chief national badminton coach Pullela Gopichand expects Indian athletes to claim an unparalleled double digit medal haul at the Olympics and has declared world champion P V Sindhu as one of the favourites to win a gold.

India will be fielding its biggest-ever Olympic contingent — more than 120 athletes — at the Tokyo Olympics which begins on Friday.

“I do believe that this time around, we would have, hopefully, India’s biggest medal tally till now. We could surpass what the Indian team did in London which is six medals and hopefully get to double digit is what I am hoping for,” Gopichand said.

“Because there has been a lot of support and help from the government and I just wish that with that kind of a support, which we have got, I think getting more medals strengthens the hands of the people related to sports.

“I do believe that whether it is shooting, wrestling, boxing or Mirabai Chanu in weightlifting, I think they have a lot of chances,” he said during a webinar announcing the collaboration of Heartfulness Institute and Dhyana, the official meditation partner of Indian Olympic contingent.

Gopichand, who had guided Saina Nehwal and Sindhu to a bronze and silver respectively in the last two Olympics, believes Indian badminton players have a good opportunity to better their performance.

“In badminton, we have chances, definitely to better what we did in Rio and London. So I am hoping that Sindhu can pull off, she is definitely going to be one of the favourites in the Olympics with the venue as well,” he said.

“And also Chirag and Satwik, although, have a tough draw but I do see them as potential hopefuls for a medal. For Sai Praneeth, it is going to be tough. But he has done well at the World Championships and I hope he can repeat that performance.

Gopichand said it is going to be a stressful Olympics with all the necessary restrictions and protocols in place.

“This Olympics will be very different than whatever we had in the past. Typically Olympics is like a celebration, like a party festival there, where there are lot of young people from across the world … at every round and corner you will find a superstar from another sports, from different countries,” Gopichand said.

“Normally it is a very vibrant environment but this time around it will be almost like do-your-work-and-move kind of a place because after you lose, you have to leave the country within 48 hours, that’s the kind of norms they have.

“So the amount of time they are able to relax, able to focus on breathing, able to be alone and have things which are productive to do rather than just stress over things which they can’t control will be an important thing.