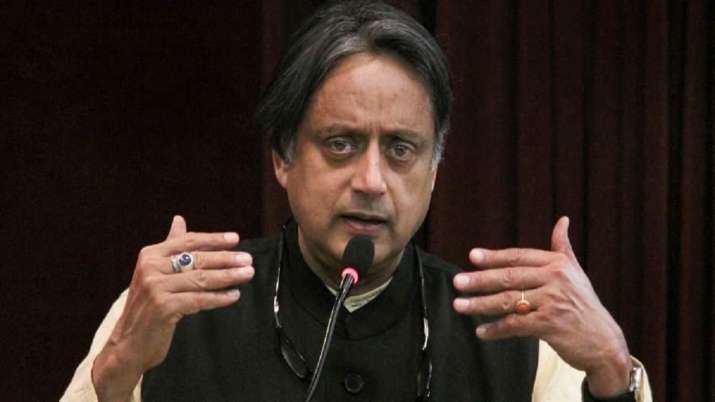 A parliamentary panel on IT headed by Congress leader Shashi Tharoor is likely to question top government officials, including from Home Ministry, next week on allegations related to phone tapping of many using Pegasus spyware, sources said on Wednesday.

An international media consortium has claimed that several Congress leaders including Rahul Gandhi, two union ministers, Trinamool Congress leader Abhishek Banerjee and some 40 journalists were among those whose phone numbers were listed as potential targets for hacking through the Israeli spyware which is usually supplied to government agencies.

The 32-member Parliamentary Standing Committee on Information and Technology headed by Tharoor is scheduled to meet on July 28. The agenda of the meeting is ‘Citizens’ data security and privacy’, according to the notification issued by Lok Sabha Secretariat.

Sources in the panel said the Pegasus phone tapping issue will definitely be raised in the meeting and details will be sought from the government officials. The issue also rocked proceedings in Parliament as opposition parties launched a scathing attack on the government.

Describing the entire snooping incident as a matter of “national security concern”, Tharoor had demanded an explanation from the government.

Speaking in Lok Sabha, Union IT and Communications Minister Ashwini Vaishnaw had dismissed the reports as “baseless” and said that the allegations levelled just ahead of the Monsoon session of Parliament were aimed at maligning Indian democracy.

Meanwhile, the Centre has been facing a lot of flak over the alleged snooping charges. Opposition parties like Congress, Shiv Sena has even demanded a Joint Parliamentary Committee (JPC) probe in to the matter.

On Wednesday, while Mamata Banerjee-led Trinamool Congress accused the BJP of ‘endangering the liberty’, the Shiv Sena said that Pegasus is a cyber attack on the select Indians and such an attack can not happen without the consent of the Union government.

“The Pegasus is a cyber attack on the select Indians and such an attack can not happen without the consent of the Union government. Who will take responsibility for the Pegasus spying matter? Firstly, the entire matter should be probed by the Joint Parliamentary Committee (JPC). Else, the Supreme Court should take the suo moto cognizance and appoint an independent committee. The national interest lies in it,” said the editorial in Saamana.

ALSO READ: Pegasus: Are you at risk? Steps to protect yourself from spyware