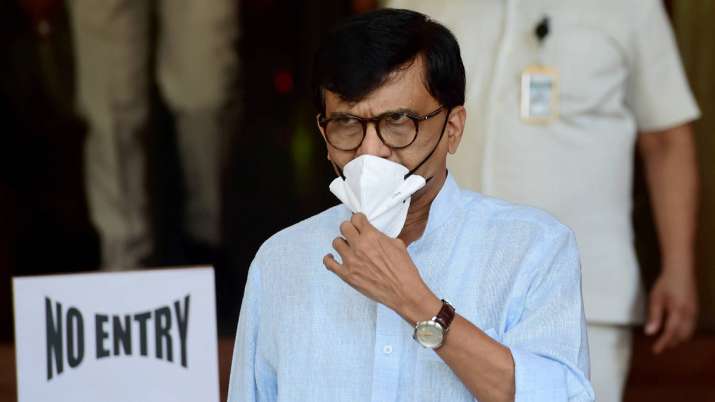 Bharatiya Janata Party (BJP) has launched a scathing attack on the former ally Shiv Sena for questioning the Centre’s claim that no one died due to shortage of oxygen during the second wave of pandemic. Taking to Twitter, the saffron party referred to a media report wherein it is being claimed by the Maharashtra government in the Bombay High that no death was caused due to lack of oxygen in the state.

Calling Shiv Sena MP Sanjay Raut a hypocrite, the party said that the Maha Vikas Aghadi’s (MVA) shameless politics has been exposed. The Shiv Sena-led MVA has NCP and Congress as other constituents. The three parties came together post 2019 Assembly polls to keep the BJP away from the power.

“See how Hippocratic & shameless Shiv Sena leader Sanjay Raut is. In May 2021 Thackeray government had submitted a report to Bombay High Court and claimed, no patient died due to shortage of oxygen. Centre prepared it’s report on basis of information forwarded by state government,” BJP Mumbai tweeted.

“Now Reacting on this report Sanjay Raut express his fake anguish and said, he was speechless and case should be filed against Centre government for this claim. His statements once again exposed shameless politics of MVA government, precisely Shiv Sena,” it added.

The Centre is facing a barrage of criticism after Minister of State for Health Bharati Pravin Pawar told the Parliament that no deaths due to lack of oxygen were specifically reported by states and Union Territories during the second Covid wave.

Reacting to the Minister’s comments, Raut has said that people who lost relatives to oxygen shortage should take the Central government to court. “I am speechless. For families who have lost their loved ones due to the shortage of medical oxygen, how would they’ve felt listening to this. These families should file a case against the government,” he had said.

Will CBSE cancel exams for private students? This is board’s official response