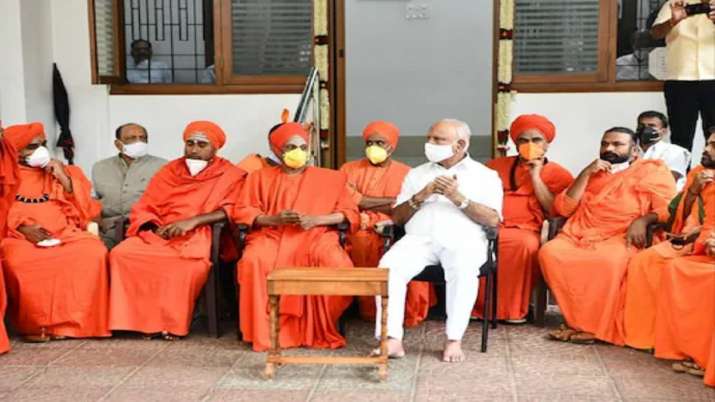 Amid speculations that his exit was on the cards, several pontiffs made a beeline to Karnataka Chief Minister B S Yediyurappa official residence for the second consecutive day on Wednesday and threw their weight behind him.

A delegation of about 40 pontiffs met Yediyurappa under the leadership of Siddalinga Swamiji of Siddaganga Mutt, an influential Lingayat seminary in the State, and urged the BJP leadership to allow Yediyurappa complete his term.

A few of them have reportedly warned the saffron party of bad consequences if Yediyurappa is replaced.

“Yediyurappa has said he will continue to serve the party until his last breath, but he did not say anything when asked about the resignation,” the Swamiji added.

Meanwhile, talks in the party around his possible successor have been gaining momentum with the guessing game in full swing.

Yediyurappa, who is completing two years in office on July 26, had dismissed reports in some quarters that the party’s central leadership is actively mulling to replace him. Several names are doing the rounds as a possible replacement for the 78-year old Lingayat strongman.

Though there is a long list of aspirants for the post, the challenge before the party will be to find a suitable replacement who can fill Yediyurappa’s “big” shoes, a BJP functionary said.