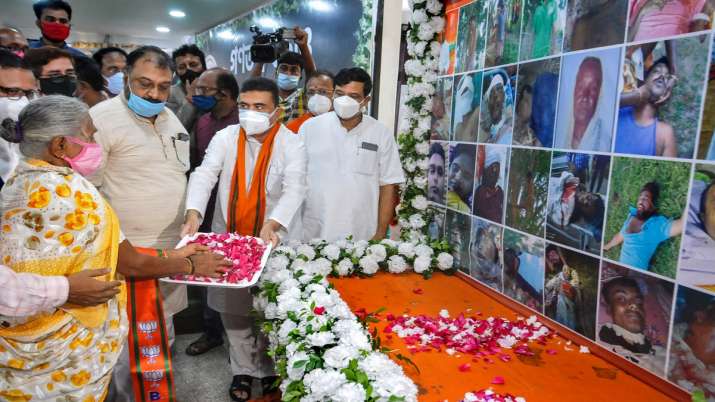 Bengal BJP leader Suvendu Adhikari on Wednesday attacked the Mamata Banerjee-led Trinamool Congress government over the issue of post-poll violence in the state.

Earlier on Tuesday, amid the Pegasus row, BJP MLA and Leader of Opposition in West Bengal Assembly, Suvendu Adhikari, was booked by the police for his remark on the matter made during a rally in East Midnapore.

ALSO READ | Mamata Banerjee’s swipe at Centre over Pegasus row: I have plastered my phone

Asking the IPS officer to tread with caution, Adhikari had said, “A young boy has come as SP here, Amarnath K. I know all that he is up to, I am a veteran player. I want to tell him that you are a central cadre officer so don’t indulge in anything for which you may get posted in Anantnag or Baramulla in Kashmir.”

“I’ve each and every call record, phone number of all those who call you from the ‘nephew’s’ (Trinamool MP Abhishek Banerjee) office. If you have the state government with you, we have the Central government with us,” Adhikari had said while addressing BJP workers near the SP’s office in Tamluk on Monday.