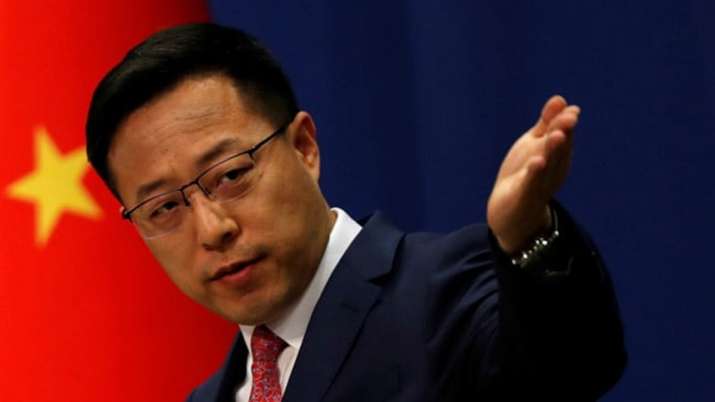 China on Wednesday announced that it has replaced its special envoy to Afghanistan amid growing concern over the adverse impact of the withdrawal of US troops from the war-torn country on the volatile Xinjiang province which faces security threats from Uyghur Muslim militants.

Liu has served as China’s ambassador to Afghanistan, Malaysia, and Pakistan before he was appointed as special envoy to Afghanistan early last year.

Announcing the new appointment, Zhao said now that the Afghan issue is in focus for the international community, China attaches high importance to communication and coordination with all relevant parties and will continue to play a constructive role for peace and stability in Afghanistan.

Yue will “establish working relationships with colleagues rather than parties and maintain close communication and coordination”, he said without elaborating.

The new appointment followed China stepping up its diplomatic engagement in Afghanistan following the announcement by the Biden administration to withdraw US troops by August.

Zhao also condemned the rocket attack on the presidential palace in Kabul.

“China expresses its strong condemnation of the attack, we firmly oppose any form of violence and radicalization,” he said.

“We continue to firmly support the Afghan government and the people in their fights against terrorism, their efforts in safeguarding national peace and stability. China is ready to work with the international community to help Afghanistan to achieve peace at an early date”, he said.

At least three rockets hit near the presidential palace on Tuesday shortly before Afghan President Ashraf Ghani was to give an address to mark the festival of Eid al-Adha.

Meanwhile, the Taliban has stepped up its military offensive in Afghanistan capturing border points with Iran, Pakistan, and China amid reports that a large number of militants from the separatist East Turkistan Islamic Movement, (ETIM) gathered in Afghanistan’s Badakhshan Province, which shares a 90-km long border with Xinjiang.

China’s massive crackdown in Xinjiang, which observers say has exasperated the resentment among native Uyghur Muslims in the province prompted the US, the EU, and international human rights organizations to accuse Beijing of committing genocide there.

Amid the Taliban gains, China has already evacuated 210 of its nationals from Afghanistan recently. Also in a significant policy statement, Chinese Foreign Minister Wang Yi has asked the Taliban to make a “clean break” with all terrorist forces.

Taliban, as a major military force in Afghanistan, should realize the responsibilities it bears for the nation, make a clean break with all terrorist forces and return to the mainstream of Afghan politics, Wang said on July 14 at Dushanbe.

He also praised the Afghan government, which had often accused Beijing’s close ally Pakistan of harboring Taliban militants, saying that the government headed by President Ashraf Ghani has done a lot of work for national unity, social stability and improvement of people’s livelihood, which should be justly evaluated.

Taliban spokesman Suhail Shaheen said in a media interview recently that the Taliban sees China as a “friend” and would no longer allow China’s Uyghur separatist fighters from Xinjiang to operate from Afghanistan.

Observers, however, said China will remain skeptical about the Taliban. “Whatever benign language the Taliban use, China remains highly concerned about the security situation there,” Andrew Small, a senior transatlantic fellow with the German Marsh Fund said.