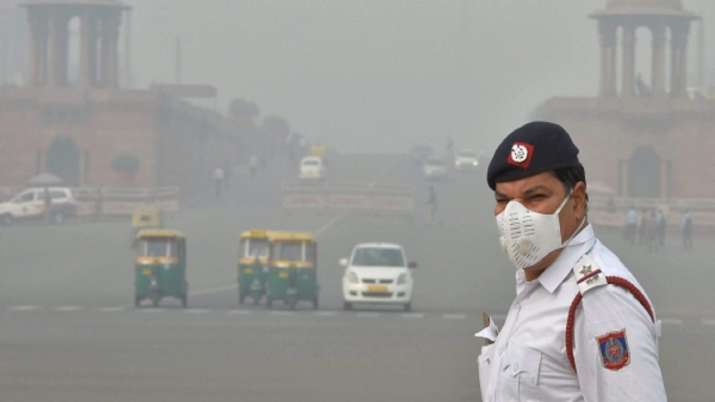 Much ahead of the air pollution season in northwest India, especially in Delhi-NCR, scientists have come up with a Decision Support System (DSS) that will not just help zero in on the exact sources contributing to Delhi’s pollution, but also predict practical scenarios in winters.

The practical scenario prediction will include the level of pollution if a certain sector is shut down or sources from a certain area/district are controlled and this will help the government decide which sector to shut down or where to reduce activity in view of the prevailing air quality in Delhi.

Apart from Delhi, there are 19 districts around the national capital, sources from which affect pollution levels in Delhi. This latest model can help avoid trial and error and blind decisions.

The model, developed by scientists from the Indian Institute of Tropical Meteorology (IITM) in Pune, will be operationalized by October, IITM’s Project Lead, Wifex/AQEWS, Sachin Ghude, told IANS.

This will help the authorities target the relevant sector or district for preventive action, the scientist said.

Since 2018, IITM has been issuing three-day and 10-day air quality forecasts for Delhi, based on which the Central Pollution Control Board (CPCB) takes decisions vis-a-vis action to be taken, e.g., halt construction activity or stop vehicular movement, etc.

Now, the idea is to zero in on the exact sources of pollution — industrial sources, traffic sources, residential fuel burning, road dust, etc. — which to control on top priority, and which can be a secondary priority.

Also Read:  Space is for all humanity: ‘Astronaut’ Richard Branson

Delhi is among the most polluted cities in the world. The year 2020 was an aberration with regard to air quality as the pandemic-induced lockdown provided much-needed respite, albeit temporarily.

A June 2021 study titled ‘Bending Delhi’s Air Pollution Curve: Learnings from 2020 to Improve 2021′ by the Council on Energy, Environment and Water (CEEW) showed that the annual average PM2.5 concentration in 2020 was 93 Aug/m3, which is more than twice the permissible limit for PM2.5 in India.

“Despite low activity levels for close to eight months (March to November) in 2020, Delhi residents were exposed to National Ambient Air Quality Standard’s (NAAQS) non-compliant air for more than half of the year,” the study said.

It further shot up to an average level of 192 Ig/m3 in the period between December 2020 and January 2021 compared to 178 Ig/m3 during the same period the previous year, the study pointed out.

Contributions from stubble burning and household emissions from cooking and space heating were significant fractions of the pollution pie, it said.

TERI is already carrying out a new survey for source mapping and “if the findings of the new survey are available by October, we will use those to give estimates in the winter season,” Ghude said.