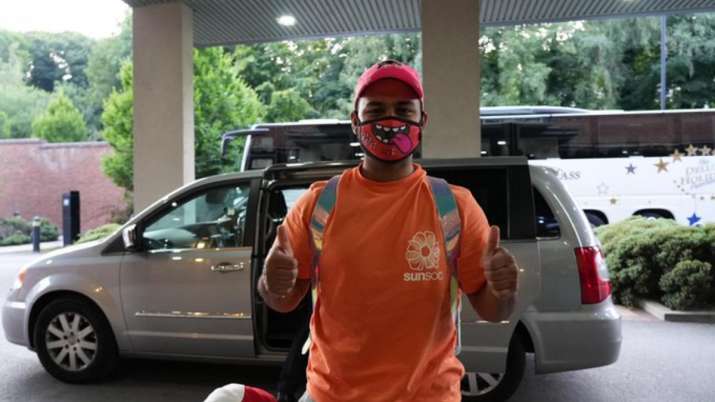 India wicketkeeper-batsman Rishabh Pant joined the Test squad on Wednesday after completing his recovery from COVID-19. Pant had tested positive for the dreaded virus on July 8.

“Hello @RishabhPant17, great to have you back,” wrote the BCCI.

There is no official update on Wriddhiman Saha, however, who was also in isolation following Pant’s infection.

The Indian Test team will return to action in the five-match series against England, which begins on August 4. The first Test takes place at Trent Bridge.

Earlier, the Indian bowlers shined in the practice game against CSXI, leaving the side at 220/9 at the end of day 2. Umesh Yadav was the most impressive of the lot, ending with figures of 3/22 in 15 overs. Mohammed Siraj picked two wickets, while Jasprit Bumrah also had a wicket to his name.

India had scored 311 in the first innings.

The series between India and England will also mark the start of the second edition of the World Test Championship.