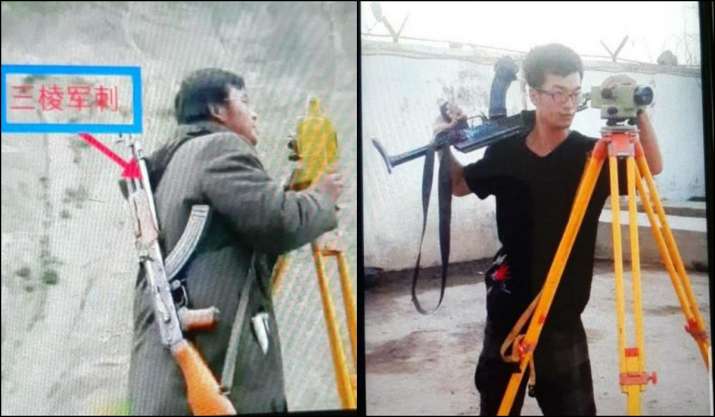 Days after a deadly attack on Chinese workers in Pakistan’s Khyber Pakhtunkhwa, Chinese engineers and workers – tasked at various CPEC projects – were seen armed not with their toolkits but AK-47s. At least 9 Chinese workers were killed in the deadly attack on a bus carrying Chinese engineers to the Dasu dam site in Upper Kohistan in Khyber Pakhtunkhwa earlier this month.

Several photos are doing the rounds on social media platforms that show Chinese workers carrying AK-47s on their shoulders. According to information available, a massive amount of Chinese money has been pumped into creating, training and equipping two Special Security Divisions (SSDs), the 34 and 44 Light Infantry Divisions with 15000 troops each. While the 34 Light Division was created in Sep 2016, 44 Light Division was created in 2020.

Pakistan Army had asked for and received money for equipping these divisions, however, they have failed to carry out their duties completely and have been at the receiving end of insurgent attacks, the most deadly being the attack carried out in Ormara on 15 Oct 2020 when 14 Pak Security personnel were dragged out of a bus and killed by Balochi militants. 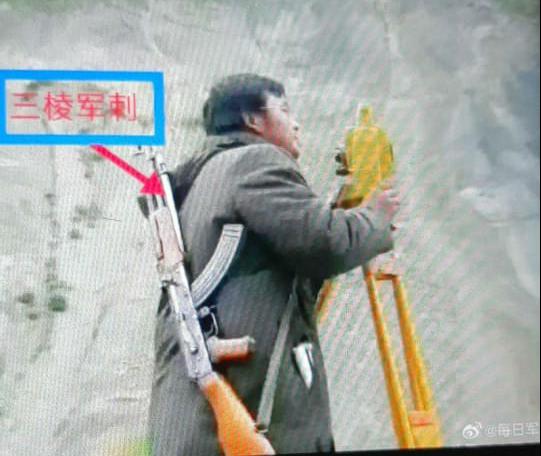 Chinese workers and engineers, wherever they work within Pakistan, are guarded 24/7 by armed guards, making them hostages to the Pakistani Army. This has created a number of near-riot situations where fistfights have turned ugly, especially when it relates to the Chinese using Pakistani Army vehicles to visit and frequent red light areas, as per reports. 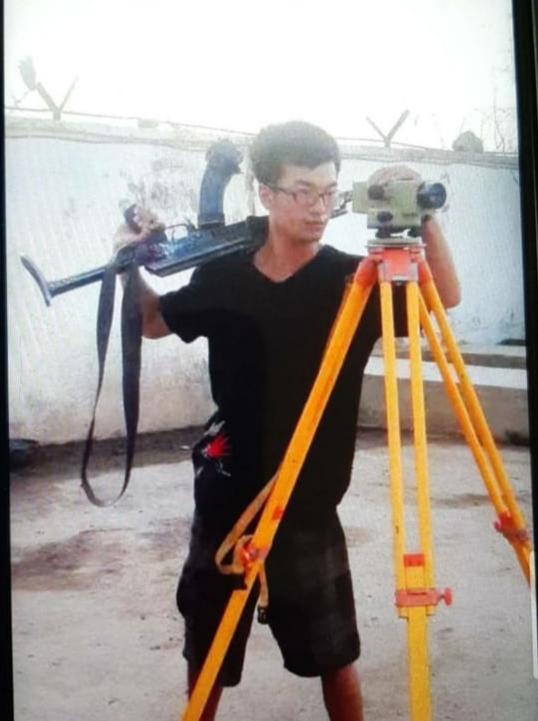 The Chinese ambassador literally held President Musharraf’s hands as he was forced to use armed soldiers to barge into the Mosque, an incident that led to the death of countless faithful and significant casualties for the elite SSG commandos.

Officers of SSD have earlier been implicated in various embezzlement schemes of Chinese money. Also, Chinese money has been used to buy artillery pieces and combat helicopters which does not fit into the scheme of a force trying to protect human assets from terrorists. Pakistan has attempted to strengthen its conventional capabilities under the farce of asset protection just like it did with the Americans. Not only this, the maritime force created by the name of Task Force 88 has been given two frigates which again do not fit this scheme.

The bomb blast is not the first attack against the Chinese whose work ethics and culture apart from the rapacious nature of the Chinese CPEC projects has upset locals. With the current embroil in Afghanistan, even the western border of Pakistan has become active, with groups like ISIS and TTP rampaging against Pakistani troops.

The sham of SSD has been laid bare by the recent photographs where Chinese engineers can be seen with AK-47s slung on their shoulders. The next question is: Where do they get these weapons?

Since the Taliban offensive, the Chinese have been quietly paying the Taliban and the Haqqani Network to keep the lid closed on probable ETIM assaults against Chinese interests. As it is, with a pressure cooker situation in Xinjiang, there is a huge likelihood of revolts and riots breaking out in the besieged province, a stark rerun of 2009. The weapons adorning the persons of the Chinese engineers are most likely bought off the shelf from the Haqqanis.

The Chinese workers are not known for their compassionate behaviour towards other nationalities and this has been evident from their actions in large parts of Africa as well as Pakistan where they have assaulted Pakistani soldiers and gotten away with it. It is only a matter of time when they fire their bullets in anger, causing mass casualties.

Pakistan’s ISI even tried to deflect the anger by attempting to run hashtags on Twitter such as #CPECMakingProgress but all in vain as the entire BRI’s pivot in South Asia threatens to implode in Pakistan, creating conditions for chaos and anarchy.