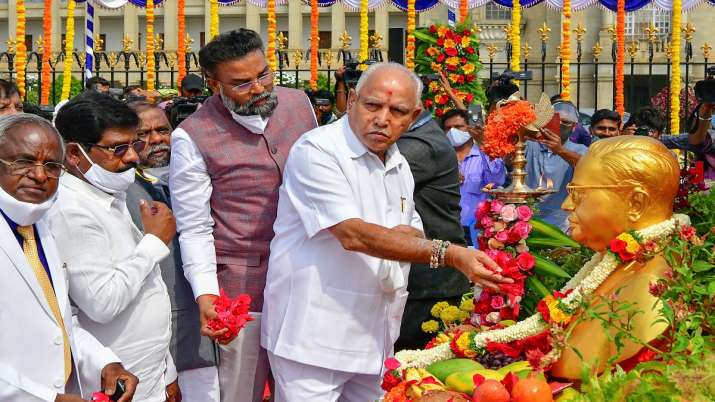 Karnataka Chief Minister B S Yediyurappa broke his silence on Thursday for the first time amid talks about him stepping down from the top post. Yediyurappa said he will abide by whatever decision the Bharatiya Janata Party (BJP) leadership takes.

“I will listen whatever high command says. Post 26th (July)  will act according to the instructions of High command. High command’s decision is my decision,” Yediyurappa told reporters in Bengaluru

“Prime Minister Narendra Modi, Amit Shah and our national President J P Nadda have a special love and faith towards me. You are aware that no position has been given to those who have crossed 75 years of age, but appreciating my work they have given me an opportunity despite me crossing 78 years. Nobody should involve in any kind of protest,” the 78-year-old leader added.

ALSO READ: ​Yediyurappa asks supporters not to indulge in protests amid speculations of leadership change in Karnataka

Yediyurappa will complete two years as Karnataka CM on July 26 and rumours are rife that the BJP wants a leadership change in the state.

“It was Yeddiyurappa who first brought BJP to power in Karnataka. Some conspired to remove him since he would not be a ‘chamcha’.

Without him, the party cannot return to power in the State. Only upon his return to the BJP could the party win again. Why repeat the same mistake?,” the 81-year-old Rajya Sabha member tweeted.

Support has continued to pour in for Yediyurappa from Mutts, pontiffs, political leaders across the party line, amid speculations that his exit was on the cards.

Leaders and pontiffs, especially from the Veerashaiva-Lingayat community, also All India Veerashaiva Mahasabha have declared support to Yediyurappa and have urged for his continuation as the Chief Minister, while also warning “bad consequences” for the BJP if he is replaced.