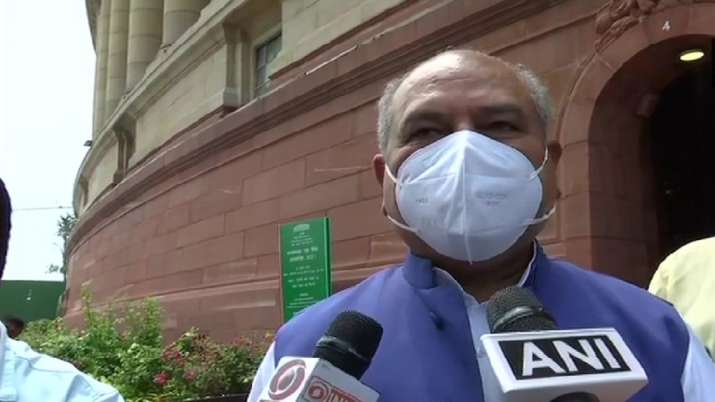 Tomar told reporters outside the Parliament that the Modi government is ready to discuss all issues with the protesting farmers with an open mind.

“Country has witnessed that these farm laws are beneficial and are in favour of farmers. We have had discussions about these laws. If they express their issues with the laws point-wise, we can discuss it,” Tomar said.

The minister’s statement came even as about 200 farmers reached Jantar Mantar to hold protest against the three Central farm laws passed last year.

The issue of farm laws also reverberated in both the Houses of Parliament.  While the Shiromani Akali Dal demanded a discussion in Rajya Sabha, Rahul Gandhi led other Congress MPs in protest near the Mahatma Gandhi statue inside the Parliament premises.

Thousands of farmers from across the country have been agitating at three Delhi border points – Singhu, Tikri and Ghazipur – against the three farm laws that they claim will do away with the minimum support price system, leaving them at the mercy of big corporations.

Over 10 rounds of talks with the government, which has been projecting the laws at major agricultural reforms, have failed to break the deadlock between the two parties.