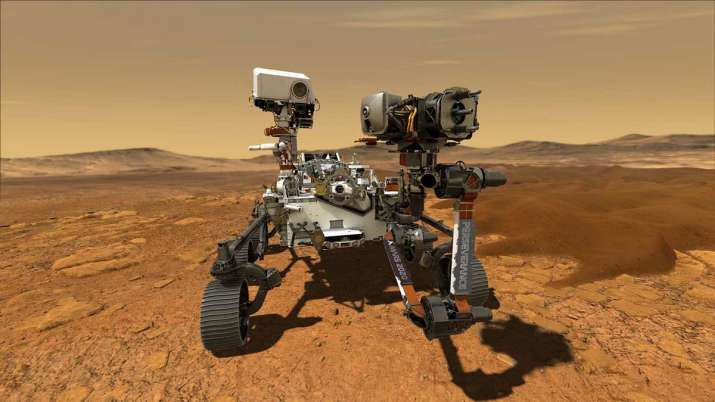 NASA’s Perseverance Mars Rover is set to collect its first-ever sample of Martian rock that the future planned missions will transport back to earth.

The six-wheeled geologist landed on Jezero Crater in Mars on February 18, and NASA kicked off the rover’s mission science phase on June 1, exploring a 4 square kilometer patch of crater floor which might contain Jezero crater’s deepest ancient layers of exposed bedrock.

The mission milestone will take off in the next two weeks.

52 years ago, Neil Armstrong collected humanity’s first-ever Moon sample. It took him 3 minutes and 35 seconds. NASA’s Perseverance Mars Rover will take 11 days to complete its first sampling as it must receive its instructions from millions of miles away.

How and Why Perseverance rover will collect the rock sample

Perseverance will begin the sampling by placing everything within the reach of its 7-foot-long robotic arm. The Mars rover will then perform an imagery survey for NASA’s science team to determine the exact location of the sample and find a separate target site in the same area for ‘proximity science’.

SHERLOC (Scanning Habitable Environments with Raman & Luminescence for Organics & Chemicals), PIXL (Planetary Instrument for X-ray Lithochemistry), and the WATSON (Wide Angle Topographic Sensor for Operations and engineering) camera will provide mineral and chemical analysis of the abraded target, while Perseverance’s SuperCam and Mastcam-Z instruments, both located on the rover’s mast, will also participate. These five instruments will work together to enable an unprecedented analysis of the geological materials on the site.

The sampling day will start with the sample handling arm retreiving a sample tube, heating and inserting it into a coring bit. The tube is transported and bit into a rotary-percussive drill on Perseverance’s robotic arm by a device called the bit carousel which will then drill the untouched geologic “twin” of the rock studied the previous sol, filling the tube with a core sample roughly the size of a piece of chalk. The sample is then be measured for volume, photographed, hermetically sealed and stored.

The key objective of Perseverance’s mission on Mars is astrobiology and search for signs of any ancient microbial life. The rover will pave the way for human exploration on Mars by analyzing the planet’s geology and past climate.

Also Read: NASA’s big prediction for 2030 raises alarm for the world. Here’s what it said

‘Not Farmers, They Are Hooligans’: Meenakshi Lekhi On Kisan Sansad At Jantar Mantar