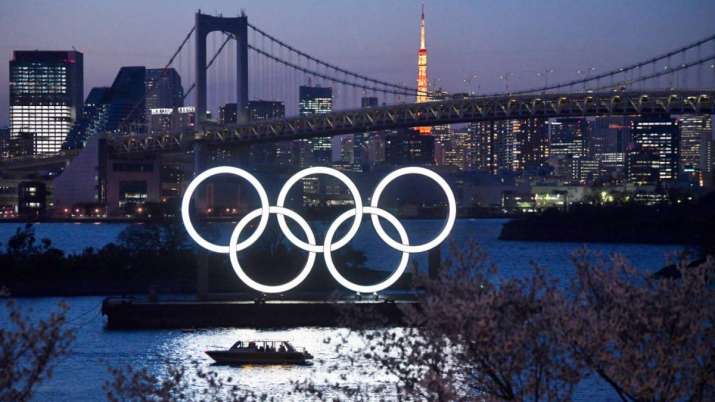 The Indian contingent is set to enter the Tokyo Olympic Games with soaring expectations of returning with their best medal haul ever even as the pandemic plays havoc with their preparations and mental health. Celebrated boxer M C Mary Kom and men’s hockey team skipper Manpreet Singh will be India’s flag bearers in the opening ceremony.

The Games are being held in an environment of fear with athletes having to constantly monitor their health and also focus on the task at hand as Covid-19 cases continue to rise in the Games Village.

Amid the negativity of a majority of the Japanese citizens giving the thumbs down to the Games and no spectators being allowed at the venues, the International Olympic Committee (IOC) and the Japanese government are going ahead with the quadrennial showpiece, knowing their decision is not being respected by the country.

But for the athletes, who have trained hard for five years, the thoughts of the pandemic would be set aside as they concentrate on the task at hand, which is to give it their best show and win medals for their respective countries.

With India sending a record number of athletes to the Games, the expectations are huge this time around.

Over the years, the country has had a dismal record at the quadrennial showpiece, as proved by a haul of 28 medals — nine gold, seven silver, and 12 bronze medals in over 100 years of participation in the mega event.

After the glory days of hockey, which produced eight gold medals, one silver, and two bronze from 1928 to 1980 (barring 1976), Abhinav Bindra provided a huge boost to India’s aspiration by winning a historic individual gold in 10m air rifle in 2008 Beijing Olympics.

With their aspirations fuelled by Bindra’s historic gold, and the funds pumped in by the government for their training for the 2010 Commonwealth Games in New Delhi, India had its best medal haul in 2012 in London.

However, the 2016 Games in Rio de Janeiro proved a disaster as India could manage only two medals — a silver by shuttler PV Sindhu and bronze by wrestler Sakshi Malik (women’s freestyle 58kg). The shooters, weightlifters, and boxers, who were touted as medal prospects flattered to deceive.

Shooters carry the bulk of medal hopes in Tokyo

This time in Tokyo, the Indian Olympic Association and the Ministry of Youth Affairs and Sports are expecting a double-digit medal haul. The government has put in a lot of funds and efforts through the Target Olympic Podium Scheme by arranging infrastructure, equipment, foreign expert coaching and training, and exposure trips for all those whose who had qualified for the Olympics — even during the pandemic.

And the Indian sportspersons have also raised hopes through their superb performances in international competitions after the Rio Olympics.

That, says MM Somaya, member of the 1980 Moscow Olympic gold medallist team, is the main reason for the high expectations.

“India should win medals in double-digit (figure). The archers, shooters, wrestlers, and boxers have had good results in the last two years. If they manage to reproduce the same form, they should win medals. They have to get acclimatised quickly to the atmosphere of the Olympics, which is very different from other international events,” Somaya told IANS.

Just like in 2016, the shooters carry the bulk of the medal hopes as at least 10 from the 15-member squad have done exceptionally well in international competitions in the last few years.

“If we evaluate the performance of the last four years, from the 2016 Rio Olympics onwards, both the rifle and pistol shooters are equally capable of winning medals, unlike earlier when rifle marksmen used to be the favourites. I’m sure, rifle and pistol should bring between 2-3 medals apiece,” said Vijay Kumar.

Amit Panghal, the world no 1, is a clear favourite in the men’s flyweight while Vikas Krishan and Satish Kumar are other hopefuls. In the women’s section, multiple-time World Champion MC Mary Kom will be hoping to add to her bronze medal from London.

“We know there are high expectations and we also have high expectations. Our boxers have performed at the highest level in the last few world championships in both men and women and we have won medals in the Olympic weights,” Indian boxing’s high-performance director Santiago Nieva had told IANS before they left for Tokyo.

Wrestler Vinesh Phogat and Bajrang Punia are among the contenders in their respective weight categories. Bajrang is our top wrestler, a medal winner at the World Championships and Commonwealth and Asian Games, while Vinesh had to pull out of the competition with a painful injury in Rio de Janeiro. Now Vinesh, the Commonwealth and Asian Games medallist, has a chance to prove her potential with a medal in Tokyo.

The men’s hockey team is also being considered a medal prospect thanks to its high ranking and strong performance in the FIH Pro League.

“I am very confident they (men’s hockey team) will do it this time. They have been doing well in the last five years. Fitness is their biggest asset. In those days, we didn’t have the kind of support system they have now.

“This team has done wonders, won the hearts of millions of fans with their recent performances particularly the Champions Trophy (in 2016 and 2018) and the World League Finals (2015 and 2017) results. I know they can do it this time,” said Dhanraj Pillay, who has represented the country in four Olympics and four World Cups.

Former hockey goalkeeper AB Subbiah concurred. He hoped that just like the hockey teams, other athletes too would do well in Tokyo.

“The people of India are looking forward to a good performance from our athletes in Tokyo. I hope that both; the men’s and women’s hockey teams can lead the way for the rest of the contingent.”

That seems the prevailing sentiment — both in the country and the Indian camp in Tokyo — high expectations and high aspirations.