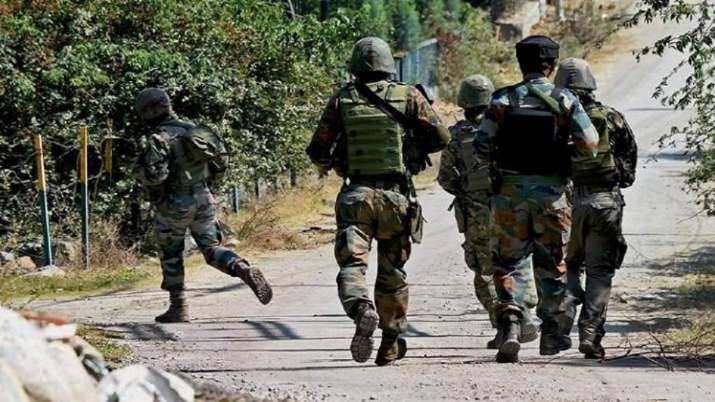 A gunfight broke out between terrorists and security forces at Warpora village of Sopore of north Kashmir’s Baramulla district. At least two Lashkar-e-Taiba (LeT) terrorists are believed to be hiding in the area.

The gunfight started after a joint team of Police, Army’ RR, SOG and CRPF launched a security operation following specific information about the presence of terrorists in the area.

Security forces offered surrender opportunities to the hiding terrorists. However, they fired upon the search party which was retaliated. The encounter is underway.

Earlier in the day, the National Investigation Agency (NIA) arrested two members of Lashkar-e-Mustafa (LeM) for their alleged involvement in a conspiracy to commit terrorist activities in Jammu and Kashmir with an intention to threaten the sovereignty, integrity and security of India, an official said.

Mohammad Arman Ali, 20, and Mohammad Ehsanullah, 23, both residents of Bihar’s Saran, were co-conspirators and involved in transportation of two separate consignments of illegal arms and ammunition from Bihar to Mohali and Ambala, the official of the premier investigation agency said.

Arman Ali was arrested in Bihar and produced before the Chief Judicial Magistrate (CJM) Saran, Bihar and was taken on a transit remand to produce him before the NIA Special court, Jammu, while Ehsanullah was arrested from Jammu, he said.

The weapons were further transported to Hidayat Ullah Malik, the self-declared commander-in-chief of LeM in Jammu and Kashmir, the official said.