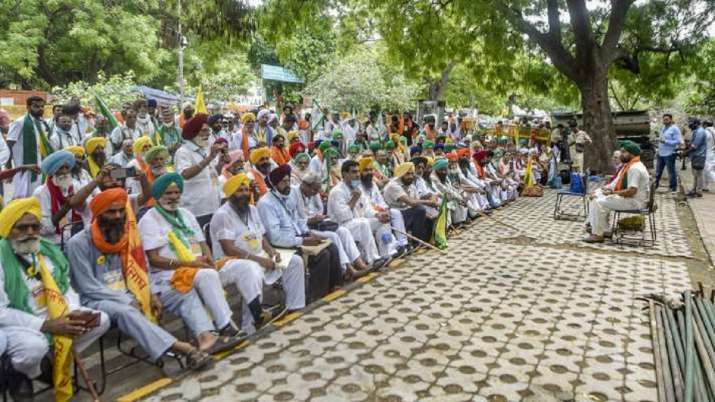 The cameraperson of a leading Hindi news channel was injured after he was allegedly attacked by a freelance journalist on Thursday at Jantar Mantar where the farmers are protesting the new farm laws, police said.

The cameraperson has been identified as Nagendra Gosain, police said. A senior police officer said Gosain was attacked by Prabhjot Singh, a freelance journalist. Singh has been detained, the officer said.

Gosain said Singh was abusing media persons in the morning and was also recording it. Singh also used foul language against a woman journalist, he said.

When other journalists objected and there was a tussle, Singh attacked them with a tripod. He attacked me thrice, he said, adding his hand was injured.

The medicolegal case (MLC) has been conducted and a written complaint submitted at the Parliament Street police station, Gosain said.