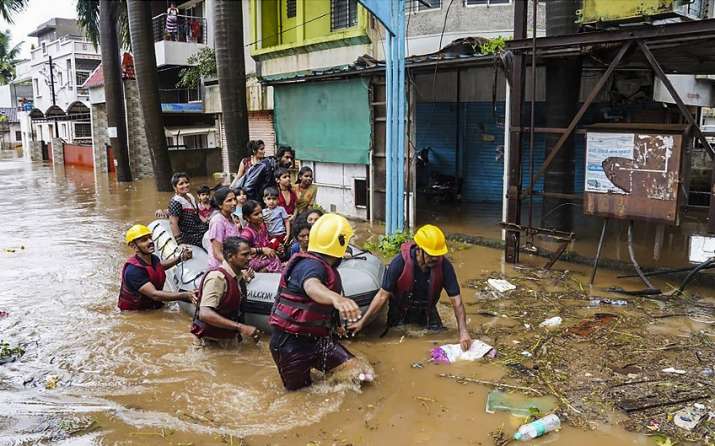 Rains wreaked havoc in Maharashtra on Thursday with about 6,000 passengers getting stranded as train services on the Konkan Railway route in Ratnagiri district were suspended after a river overflowed following heavy rains. Incessant downpour badly hit road and rail traffic in several parts of the state, including around Mumbai, as authorities called in NDRF ot help the administration in recue efforts.

According to rail officials, 5,500-6,000 passengers were stranded in trains which were regulated at various stations on the 756-km–long KR route, which is spread across three states – Maharashtra, Goa and Karnataka – and passes through tough terrain.

Nine trains have been regulated due to disruption of services on the Konkan Railway (KR) route, meaning they have been either rerouted, short-terminated or cancelled.

Konkan Railway (KR) officals said stranded trains were at safe locations on different stations and the passengers in them were also safe and they were being provided food and water. 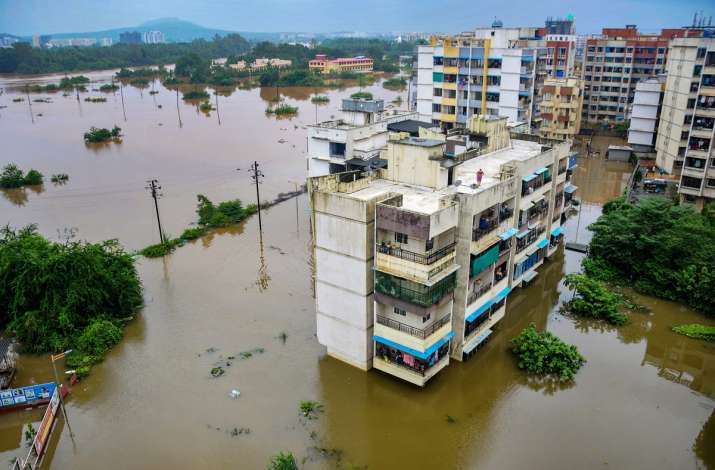 The Konkan Railway informed that due to the flood situation at Chiplun, so far nine long distance trains have been regulated.

Out of these, the Dadar-Sawantwadi special train was regulated at Chiplun station and the CSMT-Madgaon Janshatabdi special train at Khed station. Konkan Railway spokesperson Girish Karandikar said passengers in these trains were safe.

Train services of the Central Railway in the Kasara Ghat section of Maharashtra’s Thane district and near Lonavala hill town in Pune district adjoining Mumbai were also severely affected after heavy rains caused flooding, washing out of tracks, boulder crashes and mudslides in that region, officials said.

The train traffic between CSMT in south Mumbai and Kasara, over 100 km away, resumed on Thursday afternoon, 17 hours after a part of the track was washed away due to torrential rains, an official said.

The traffic of long-distance trains would take some time to resume and buses have been arranged to ferry the stranded passengers, he added.

Major rivers in Ratnagiri and Raigad districts in the Konkan region are flowing above the danger mark as a result of incessant rains, and the government machinery is in the process of shifting a number of affected people to safer places.

As a result, Khed, Chiplun, Lanja, Rajapur, Sangameshwar towns and nearby areas have been affected and residents are being shifted to safer places, the CMO said.

Prime Minister Narendra Modi spoke to Maharashtra Chief Minister Uddhav Thackeray on Thursday about the situation in some parts of the state following heavy rainfall and flooding, and assured him of all possible support from the Centre.

“Spoke to Maharashtra CM Shri Uddhav Thackeray and discussed the situation in parts of Maharashtra in the wake of heavy rainfall and flooding. Assured all possible support from the Centre to mitigate the situation. Praying for everyone’s safety and well-being. @OfficeofUT,” Modi said in a tweet.

Meanwhile, Chief Minister Uddhav Thackeray took a review of the situation arising out of the continuous downpour in Ratnagiri and Raigad districts, the two coastal districts.

During the meeting, Thackeray said the India Meteorological Department (IMD) has issued an alert of heavy rainfall in the coastal region for the next three days. He asked the authorities to remain alert and keep monitoring the levels of overflowing rivers and evacuate residents to safer places. (With PTI inputs)