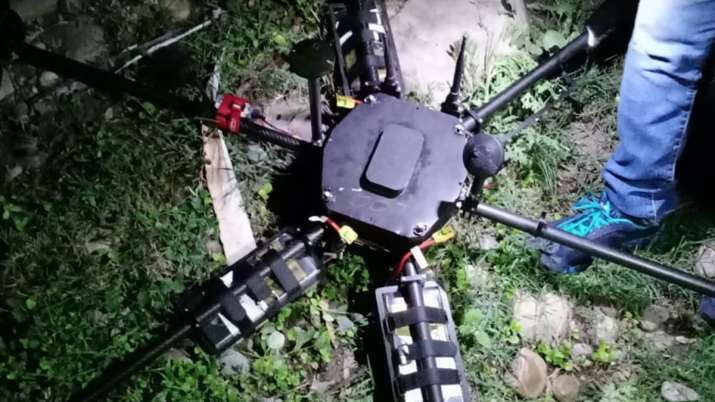 A drone was shot down in Akhnoor of Jammu district by security forces on Friday, news agency ANI reported. It added that security officials have recovered explosive material from the drone.

According to the Jammu and Kashmir Police, the drone was shot down in the Kanachak area in the wee hours today. It lies along the international border (IB) with Pakistan.

The development comes close on the heels of a twin drone attack at the Air Force station in Jammu. The incident had left two officials injured. The case is being probed by the NIA. Several incidents of UAVs being sighted in Jammu have been reported since then by the locals and security officials.

Meanwhile, Jammu and Kashmir DGP Dilbag Singh has directed officers to remain extra alert as terror outfits are continuously trying to use drones for terrorist activities.

Security officials have been asked to keep the suspicious elements under check to foil their attempts. Terror outfits are continuously attempting to use drones for terrorist activities in the UT.

In another related development, two terrorists militants were killed in an overnight encounter with security forces in the Sopore area of Jammu and Kashmir’s Baramulla district. Following information about the presence of ultras in the Warpora area of Sopore, the security forces launched a cordon-and-search operation.

During the house-to-house search, the location of the terrorists was established and they were asked to surrender. However, they refused the offer and the search operation turned into an encounter after terrorists started firing towards the positions of the security forces. Two terrorists were killed in the operation.

Security forces have killed 80 militants in the valley since the beginning of this year.

READ MORE: Amarinder Singh breaks into dance with jawans of Sikh regiments in which he had served | Watch