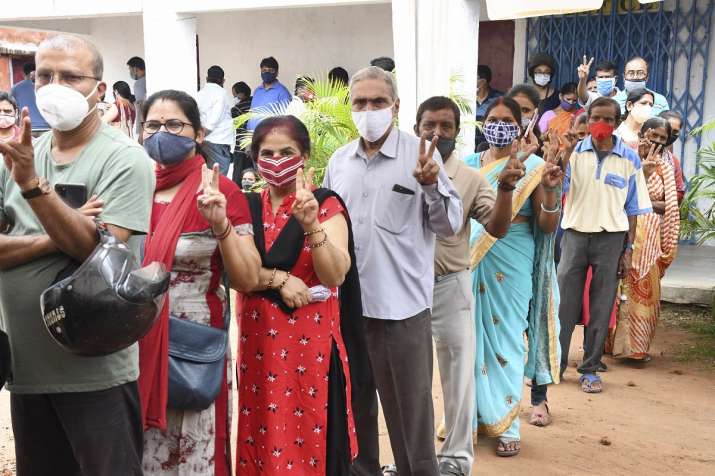 India on Friday reported 35,342 new coronavirus infections in the last 24 hours, while daily deaths rose by 483, health ministry data showed. The country’s tally of infections now stands at 31.29 million, with the death toll standing at 419,470, according to government data.

The active cases registered a decrease after being increased for two consecutive days and were recorded at 4,05,513, according to the Union Health Ministry data updated on Friday.

The active cases comprise 1.31 per cent of the total infections, while the national COVID-19 recovery rate was recorded at 97.35 per cent, the data updated at 8 am showed. A decrease of 3,881 cases has been recorded in the active COVID-19 caseload in a span of 24 hours.

Up to 42,34,17,030 crore vaccine doses administered so far under the Nationwide Vaccination Drive that began in January this year, government data shows. In the past 24 hours alone, 54,76,423 vaccinations were carried out.

Also Read: US Covid-19 cases: Delta variant accounts for a whopping 83% of infections