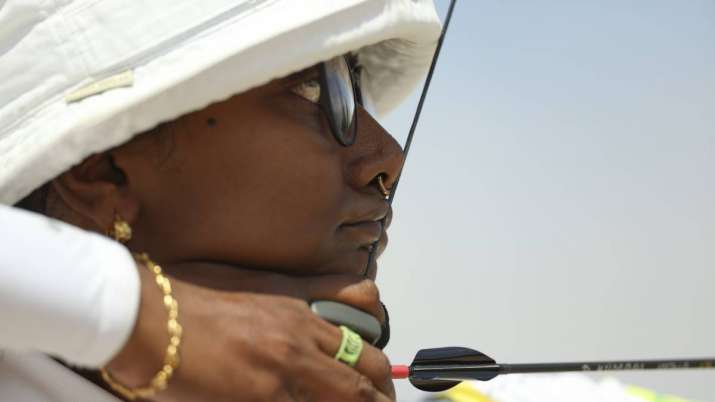 World No. 1 women’s recurve archer Deepika Kumari grabbed the ninth spot in the Tokyo Olympics Ranking Round as South Korean archers set the tone by surpassing the Olympic record on Friday to grab the top spot in Tokyo ahead of the elimination round.

Deepika finished with a score of 663 while Korea’s San An made the new Olympic record 680 surpassing the previous record of 673 by Ukraine’s Lina Herasymenko.

The result in the ranking rounds will place the archers as per their ranks in the elimination round with Deepika now might have to face tougher competitors early in the 64-individual tournament, beginning on July 27.

Earlier, the lone Indian in the category had a slow start on the day as she started with a 56 out of 60 after the first six arrows with an X to start her day. Her Olympic jitters seemed to be coming back again as she further fell down the order with a score of 218 out of 240 at the end of the ourth round.

However the current World No. 1 then made a strong comeback in the next two rounds as she climbed to fourth at the end of the first half and 36 arrows out of 72. With eight 10s in the last two rounds, her cumulative score jumped to 334 and was soon just nine points off An San at the top.

Unfortunately, the momentum quickly faded away in the second half as she scored 55 and 53 respectively in the next two rounds and was further 15 points away from the top. She managed to hit 10’s just thrice in the first 12 arrows she shot after the break.

Deepika then made amends by shooting four Xs and four 10s in the next two rounds to gain 56 and 58 respectively to jump to sixth and was just four points off the top four.

However, an unsatisfactory result in the last two rounds of 53 and 54 respectively meant the ace archer dropped to ninth in the list despite being the second-best archer on the day to shoot most X’s. She shot 13 Xs behind San’s 16.

See below the breakdown of Deepika performance and top 15 out of the 64 on the day. 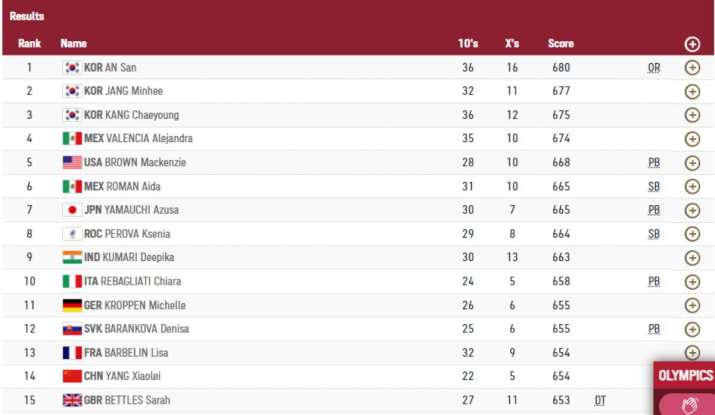