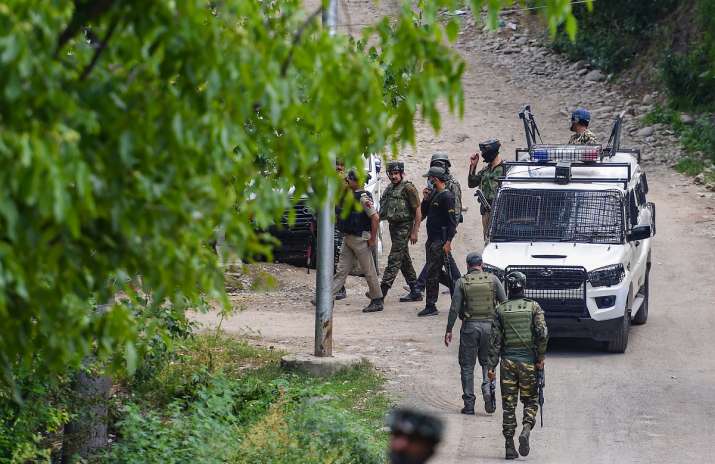 Two Lashkar-e-Taiba (LeT) terrorists were eliminated in an encounter at Warpora village in Sopore, Baramulla on Friday. Police have seized incriminating materials including arms and ammunition, the Kashmir Zone Police said.

“Both the terrorists who were killed in the encounter belonged to the Lashkar-e-Taiba outfit,” Inspector General of Police (IGP) Kashmir, Vijay Kumar told ANI. He said that one of them identified as Fayaz War was involved in several attacks and killings of civilians and security personnel. He was the last perpetrator of violence in north Kashmir, added IGP Kashmir.

According to police, a top terrorist commander along with an associate was trapped in a house in Warpora village where the police and security forces were engaged in the encounter.

This comes after two local terrorists belonging to Lashkar-e-Taiba were killed in an encounter with security forces in Srinagar last Friday. Apart from this, another encounter had broken out between security forces and LeT terrorists in the Sadiq Khan area of Shopian on Sunday. Kumar had also said that a total of 78 terrorists have been neutralised in the valley so far this year.

The operation was launched on Thursday evening on specific police input at Warpora in Sopore. The search operation is underway, police said.

Tokyo Olympics: What is Indian Hockey team’s schedule? Who are star players?