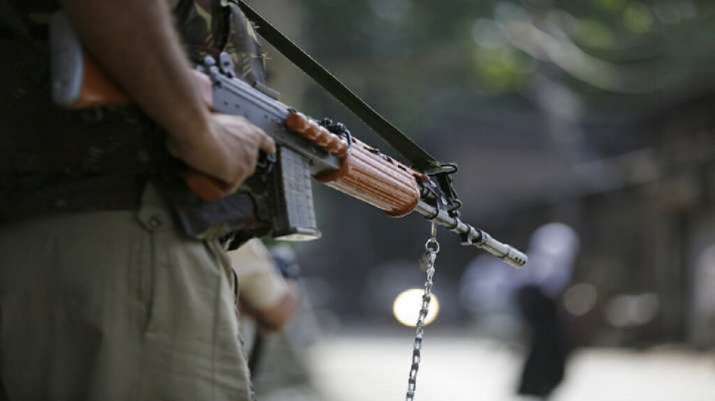 Security forces have arrested a People’s Liberation Front of India (PLFI) area commander carrying a bounty of Rs 2 lakh on his head along with seven other members of the banned outfit from Jharkhand. The arrested area commander Manoj Purti has been named in 50 cases of criminal offences including murder, attempt to murder, extortion, and arson. Jharkhand government had declared a reward of Rs 2 lakh on Purti’s head for his involvement in these cases. All the eight Maoists were arrested from West Singhbhum in Jharkhand on Tuesday.

Based on the credible input about the movement of a number of PLFI cadres, an operation was launched by the troops of 60 Central Reserve Police Force (CRPF) along with Jharkhand Police in the forest area of Birda village in West Singhbhum district on Tuesday.

The troops operated surreptitiously and apprehended the eight PLFI members, including the area commander of the outlawed organisation, who is also known by numerous aliases such as Birsa Hassa Purti, Buda and Rutha.

The security forces recovered some incriminating evidence including two country-made pistols and live cartridges from Purti (35) and the other arrested PLFI members.

The arrest comes days after Budheshwar Oraon, another member of PLFI who had a reward of Rs 15 lakh on his head for being involved in 103 cases, was killed during an encounter in Gumla district.

Jharkhand Police has booked all the eight PLFI members under the Unlawful Activities (Prevention) Act (UAPA) and Criminal Law Amendment Act (CLA) and other laws and they have been sent to judicial custody.

Also Read: No Rath Yatra in Jharkhand this year due to COVID-19 situation: CM Hemant Soren