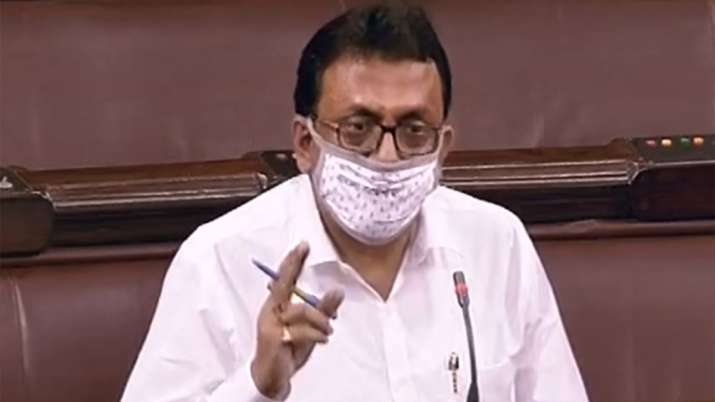 Trinamool Congress MP Santanu Sen has been suspended from the Rajya Sabha for the remaining period of the Monsoon Session of Parliament.

Sen had on Thursday snatched papers from IT Minister Ashwini Vaishnaw in the Rajya Sabha and tore them as opposition MPs created ruckus on the Pegasus snooping row. Sen targeted the Communications and Information Technology Minister as he was making a statement on the snooping issue.

Opposition parties have stalled proceedings in Parliament alleging the government’s involvement in the alleged snooping following reports that nearly 300 mobile phone numbers including of journalists, activists, opposition leaders from India and even of union ministers figured in this list of potential snooping targets by Israel’s NSO group which sells its Pegasus spyware only to “vetted” governments and government agencies.

Trinamool Congress MP Santanu Sen has been suspended from the Rajya Sabha for the remaining period of the Monsoon Session of Parliament.
0
Share FacebookTwitterWhatsAppEmailPrint

Arjun Rampal’s GF Gabriella Demetriades on body shaming: ‘Was told my hips are too big, thighs are too thick’