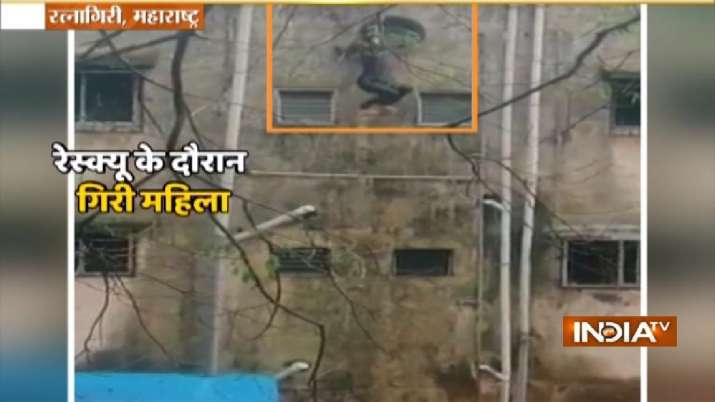 As Chiplun in Maharashtra faces devastating floods, a video of a woman being rescued has gone viral. The video shows a woman stuck in flood waters being pulled by a few people from rooftop of a building. The terrifying video shows the woman, who was tied to a tyre, suddenly losing her grip and falling into the flooded area just as she was about to be pulled up.

Incessant showers in the hilly regions of Ratnagiri district, illegal constructions near the Vashisthi river bed and discharge of water from the Kolkewadi dam have all combined to cause havoc in the coastal town of Chiplun.

More than 50 per cent area of Chiplun, located around 250km from Mumbai and having a population of over 70,000, has got submerged in flood waters.

Several teams of the NDRF, Coast Guard, the Navy and the Army to undertake rescue operations have been pressed for the rescue operations from the devastation caused from the incessant rains in Maharashtra, especially in Ratnagiri district, from past few days.