Rahul Gandhi should submit phone to probe agency if he thinks it was tapped: BJP 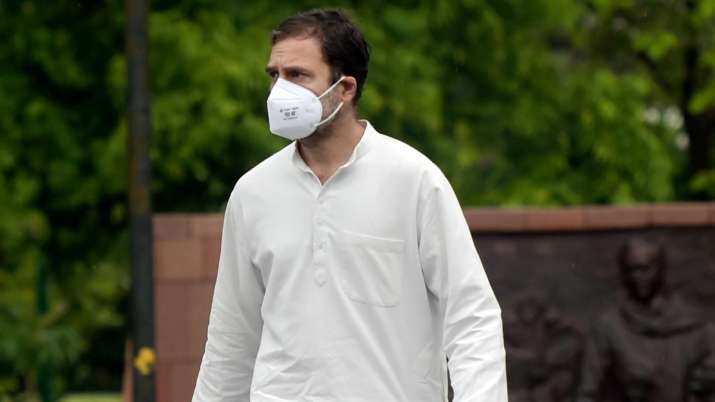 The Bharatiya Janata Party (BJP) has said that Congress leader Rahul Gandhi should submit his phone to the probe agency if he thinks it was tapped and that investigation will happen as per law. Party spokesperson Rajyavardhan Rathore asserted that no one’s phone has been tapped illegally by the Modi government.

Rathore told reporters that the Congress is determined to stall Parliament for one reason or another after being rejected twice by people in Lok Sabha polls of 2014 and 2019.

“The Congress cannot accept the country’s development and has been stalling Parliament’s functioning often one one pretext or another,” he said.

The BJP’s response comes close on the heels of Rahul’s charge that his phone was tapped by the government and demanded a judicial investigation into the entire episode. He also sought Home Minister Amit Shah’s ouster.

“My phone was tapped. It’s not a matter of Rahul Gandhi’s privacy. I am an opposition leader, I raise the voices of people. This is an attack on the voices of the people. The Home Minister should resign and there should be a Supreme Court inquiry against Narendra Modi,” Rahul said.

The alleged snooping issue has triggered a stormy start to the Monsoon Session after a global collaborative investigative project revealed that Israeli company NSO Groups’ Pegasus spyware was targeted over 300 mobile phone numbers in India, including that of two ministers in the Modi government, opposition leaders, constitutional authority, several journalist and business persons.

It snowballed after it came to the fore that in July 2019, phone numbers of Karnataka’s then Deputy Chief Minister G Parameshwara and the personal secretaries of then Chief Minister HD Kumaraswamy and former Chief Minister Siddaramaiah, were selected as possible targets for surveillance.