Maharashtra rains: Damaged portions of railway line in Konkan to be restored soon 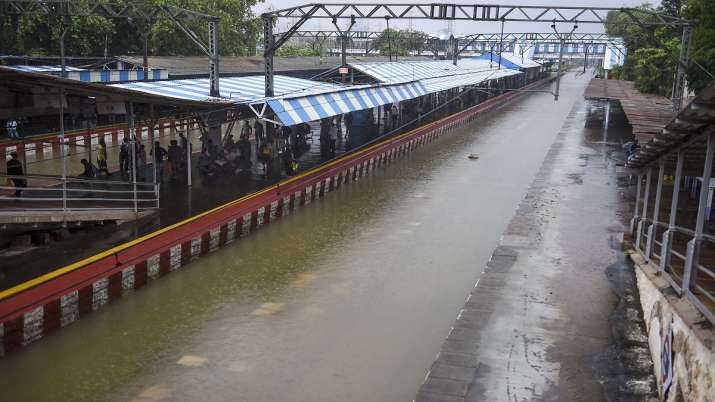 The rail traffic in the rain-hit Chiplun city in Maharashtra’s Ratnagiri district could be restored by 6 pm, after a damaged track on the Konkan railway (KR) line is repaired, an official said on Friday.

Incessant rains and resultant flooding have washed out the ballast below the railway tracks and embankment in several patches between Chiplun and Kamathe section, said L K Verma, chief spokesperson of KR.

The KR suspended the traffic between Chiplun and Kamathe sections from the early hours of Thursday, as a precautionary measure after the water level in the Vashishti river rose over the danger mark. Following this, several trains were regulated at various stations including Dadar-Sawantwadi special at Chiplun station.

Dadar-Sawantwadi Road daily special train, which had been held up at Chiplun station since Thursday morning, is being brought back to Mumbai, as the track between Anjani and Chiplun stations declared fit for train movement, Verma said.

According to railway officials, when the flood was at its peak, the water had almost touched the railway bridge and a photograph of the inundation went viral on social media.

“The forecast for restoration of Chiplun-Kamthe section of Ratnagiri region over Konkan Railway is 18.00 hrs of 23/07/2021 subject to weather conditions,” the KR had said in a tweet on Thursday.

While the track hasn’t suffered any damage, the ballast below the tracks and embankment has been washed away in several patches due to the force of the floodwater, an official said.

Boulders, ballast, and additional laborers have been brought in to restore the damaged portions of the railway line, he said.

The 756-km long track of the Konkan Railway runs between Roha, near Mumbai to Thokur near Mangaluru. This route, spread across three states namely Maharashtra, Goa, and Karnataka, is one of the challenging terrains having many rivers, gorges, and mountains.

Delhi: Tilak Nagar Market Shut Down Till July 27 Over Violation Of COVID-19 Protocols