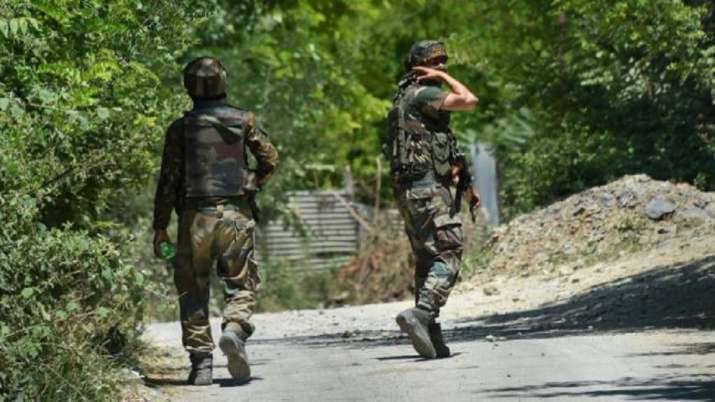 A civilian identified as Javeed Ahmad Malik, a resident of Lurgam village in Tral, was fired upon by unidentified gunmen on Friday evening. Malik was rushed to the SDH Tral for treatment, where doctors declared him brought dead.

Meanwhile, the security forces have cordoned off the area, and a search operation to nab the attackers is underway.

Speaking on the matter, Kashmir Zone Police said, “terrorists fired indiscriminately upon a civilian identified as Javeed Ah Malik near his house at Larugam in Tral, Awantipora. He succumbed to his injuries.”

Earlier in the day, two Lashkar-e-Taiba (LeT) terrorists who were killed in an encounter with the security forces in North Kashmir’s Sopore, refused to surrender and instead opened indiscriminate fire, police said on Friday.

Acting on specific information generated by Srinagar Police about the presence of terrorists in Sopore’s Warpora area, a joint cordon and search operation was launched by the police, the Army’s 22 RR and CRPF.

“During the search operation, the terrorists were given repeated opportunities to surrender. However, instead of surrendering they fired indiscriminately at the joint search party which was retaliated leading to an encounter,” the police said.

In the ensuing encounter, the two LeT terrorists were killed and their bodies were retrieved from the site.

The victims have been identified as Fayaz Ahmad War alias Rukana alias Umar, a resident of Warpora and top commander of the terror outfit, and Shaheen Ahmad Mir alias Shaheen Molvi, resident of Cherpora, Budgam.

Yami Gautam heads to Kolkata for shooting of ‘Lost’