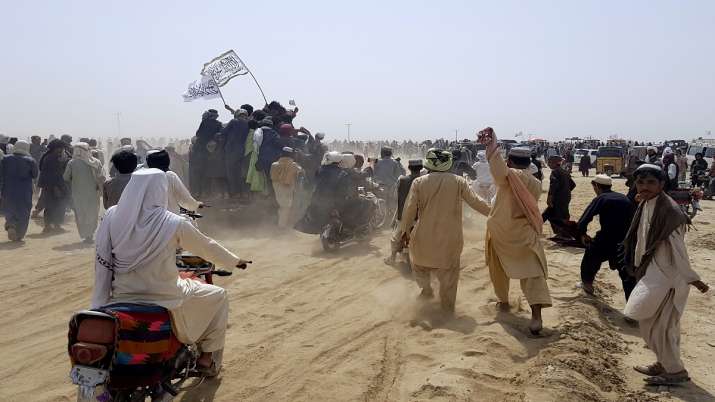 As the battle rages in Afghanistan between the Taliban and the Afghan forces, there is increasing support for the Taliban in the tribal areas of Pakistan.

There are also indications of Pakistani nationals fighting in Afghanistan and several of them returning injured and some dead bodies being sent back. This has further charged the sentiments of local youth in the region who have been offering their services to fight in Afghanistan.

Intelligence sources say when the bodies of local youth are brought back to Pakistan, there is a well laid-out ceremony conducted involving elders from the community and religious leaders. This procedure has been refined by local Afghan leaders based in Pakistan at the instance of the Pakistan Army with the aim of generating strong sentiments in favour of the so-called “martyrs” and ensure more recruitment.

Some local leaders who have become weary of war over the years have been averse to such activities as they feel this is another effort on behalf of the Pakistan Army to create a narrative that would drag several youth to fight another war in Afghanistan on behalf of the Pakistani Army. Some of these individuals feel that they should not lose another generation to war in Afghanistan.

Many Ulema in different parts of Pakistan has also been roped in as part of the process of creating a narrative in support of the Taliban and have been urging people to send donations for the Taliban. This is a feature particularly noticed in Balochistan’s Quetta and Pishin where strong support exists for the Taliban. However, locals claim that the entire exercise of motivating youth to join the Taliban and raising funds for the Taliban through the Ulemas is carried out discreetly and appears to be guided by officials of the Pakistan Army.

They are wary of their role being exposed in the process and hence, have even disallowed public demonstrations in favor of the Taliban. Likewise, unlike before when the Ulemas used to request funds by announcing from their mosques on the public address system, they have now started approaching houses for collecting funds.

In the Khyber-Pakhtunkhwa Assembly, the Opposition’s pro-development lawmaker Mohsin Dawar said that Taliban activities are openly going on in Quetta and many other cities in Balochistan which is not possible without the support of the state. He mentioned that the Pakistan Army has created secure zones at different locations in Balochistan lately where they could possibly be hosting injured Taliban fighters or providing them funds, arms, and resources besides enabling them to take have a temporary operational base.

On the other hand, government ranks have rubbished all such reports of collecting donations and alms for the Afghan Taliban as baseless. Pakistan Foreign Ministry spokesperson Zahid Hafeez Chaudhary termed all such reports as fabricated and untrue. It is important to note that while Tehreek-e-Taliban Pakistan (TTP) has been termed as banned as per the law, but TTP’s support to the Afghan Taliban is winning them appreciation from some circles.