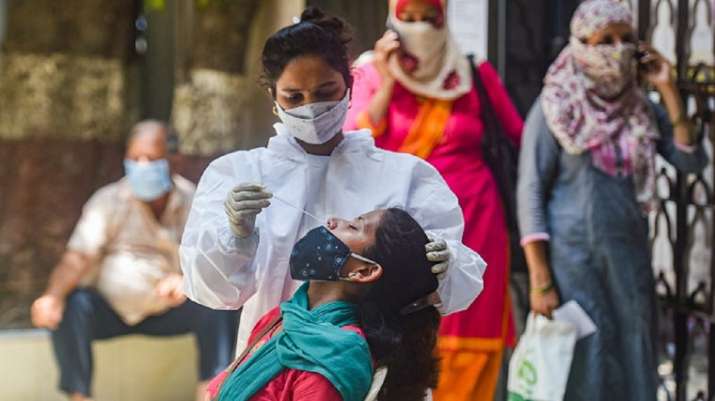 The third Covid wave may occur either because of mutations in the virus or due to the available pool of susceptible population, and is also dependent on various pharmaceutical and non-pharmaceutical interventions for management of the pandemic, Lok Sabha was informed on Friday. In a written reply, Union Health Minister Mansukh Mandaviya said vaccination protects from severe manifestation of the disease and improves herd immunity, and is accordingly likely to mitigate the impact COVID-19 may have with any future resurgence.

Vaccines currently being utilised for immunisation offer substantial protection against the infection, besides reducing severity of the disease, hospitalisation and deaths, he said.

On warnings by health experts and authorities about a probable advent of a third wave of the coronavirus in the form of its Delta variant, which is likely to affect children, Mandaviya clarified there is no scientific evidence either in India or globally to show that children get disproportionately infected with COVID-19, including its Delta variant. He said multiple waves have been noticed across the world.

“The (third) wave may occur either due to mutations in the virus or due to the available pool of susceptible population, which in turn is also dependent on various pharmaceutical and non-pharmaceutical interventions for management of the pandemic,” he said.

According to the World Health Organization, the Delta variant of SARS-CoV-2 has shown higher transmissibility than other mutant variants of concern (VOCs) identified to date.

“There is however no scientific evidence either from India or globally, to show that children get disproportionately infected with COVID-19 including the Delta variant. Children, if infected, generally remain asymptomatic or exhibit mild symptoms and do not get severe disease,” Mandaviya stated.

However, the health ministry has issued specific guidelines and has advised states to upgrade health infrastructure with respect to paediatric case management, he said.

On preparedness to combat the intensity of the third wave, he said the ministry monitors the trajectory of Covid as per details provided by states.

The public health approach and clinical management protocol for Delta variant remain the same, he said.

Health is a state subject, the Centre provides required technical support to states and has supported them towards strengthening health infrastructure to ensure sufficient beds, drugs, medical oxygen and other consumables to aid proper clinical care of COVID-19 patients, the minister said.

States, union territories and central government institutions have been allocated 56,218 ventilators with 48,446 already supplied, as on July 19, he said.

This was done by increasing production in steel plants and other LMO plants, the minister said.

He said a system for real-time monitoring of oxygen production in steel plants and distribution to states and UTs was put in place and restrictions were imposed on its industrial use.

He said a dynamic and transparent framework for allocation of oxygen in consultation with states and UTs and all stakeholders was prepared.

Oxygen Demand Aggregation System and Oxygen Digital Tracking System were developed to ascertain the demand from medical facilities and track transportation, he said.

To generate oxygen at the health facility level, PSA plants are being installed, especially in far-flung areas, to enable hospitals to become self-sufficient in oxygen generation and thereby, reduce the burden on the medical oxygen supply grid across the country, the minister said.

To improve vaccine accessibility, manufacturers are being provided requisite handholding to increase production and newer vaccines are also being planned to be included in COVID-19 immunisation activities which will further improve availability, he said.

On whether the government is preparing a scheme to administer nasal vaccine or using imported injectable vaccine for children, the minister said the Central Drugs Standard Control Organization (CDSCO) granted permission to conduct of phase-I clinical trial of intranasal adenoviral vector COVID-19 vaccine (BBV154) — in the age group of 18 years and above – to Bharat Biotech on February 12.

The outcome of the clinical trials depend on data emerging from the trial for the purpose of its approval for launch in the country. Further, CDSCO has not granted permission to conduct clinical trial of any imported COVID-19 vaccine on children in the country, he said.