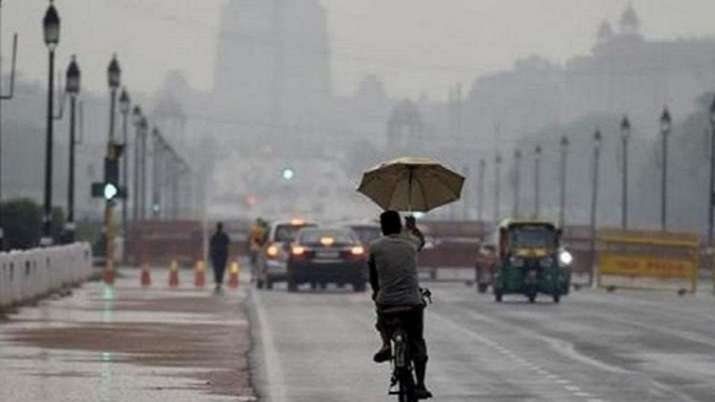 It was a humid Friday in Delhi as the maximum temperature settled at 34.8 degrees Celsius, normal for this time of the year.

The minimum temperature was recorded at 26.3 degrees Celsius, a notch below the season’s average.

The weatherman has forecast partly cloudy skies with the possibility of thundery development for Saturday. The maximum and minimum temperatures are likely to settle at around 37 and 27 degrees Celsius, respectively.

Meanwhile, the IMD department has issued an orange alert for July 26 and forecast a generally cloudy sky with moderate rain/thundershowers accompanied with gusty winds of the speed of 30-40 km/hr.

The IMD has issued a yellow alert for July 27 and predicted a generally cloudy sky with light to moderate rain/thundershowers accompanied by gusty winds.

The IMD has four color-coded warnings based on the intensity of an extreme weather event and issues them in the ascending order of green, yellow, orange and red.