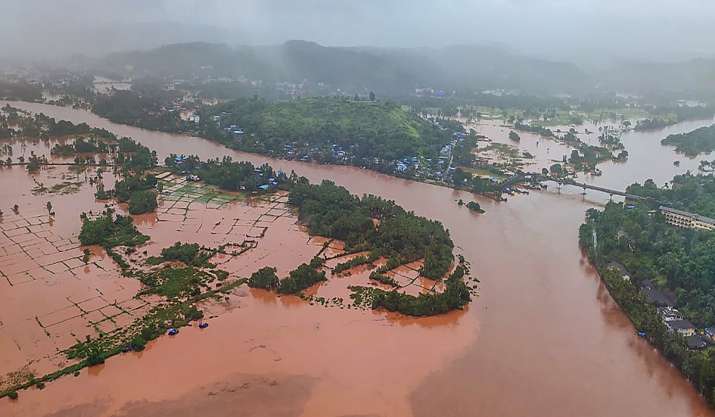 Maharashtra Floods LIVE: As many as 129 people have died in rain-related incidents, including multiple landslides, in Maharashtra over the last two days, while 84,452 people under the Pune division were shifted to safer places on Friday as heavy showers continued to wreak havoc in the state. The Army has launched `Operation Varsha 21′ for flood relief and rescue work in the state and has deployed a total of 15 relief and rescue teams comprising troops from the Aundh Military Station and Bombay Engineer Group based at Pune in affected areas.

Meanwhile, the India Meteorological Department (IMD) had issued a fresh ‘red alert’ for Satara, forecasting “extremely heavy rainfall” in the next 24 hours in the hilly `ghat’ areas of this Western Maharashtra district where some 30 persons are missing after landslides. The Met department also issued an `orange alert’ for Pune and Kolhapur districts. The region is being battered by incessant rains for the last two days. Extremely heavy rainfall was likely to occur at isolated places in the ghat sections of the Satara district, the IMD said.

7:30 am | NDRF personnel distribute food as part of relief operation in the aftermath of heavy rains in Kolhapur

7:17 am | Army deploys 15 rescue teams for flood relief in Maharashtra

The Army under ‘Operation Varsha’ has mobilised colums in action for flood relief in the state. A total of 15 relief and rescue teams comprising troops from Aundh Military Station and Bombay Engineer Group based at Pune have been deployed overnight in affected areas of Ratnagiri, Kolhapur and Sangli districts of the state.

“Following yesterday’s suspension of services due to incessant rains, train services have now been restored on the Konkan Railway route,” said  Konkan Railway.

6:16 am | Raigad landslides: Around 80-85 people are missing, many are still trapped under debris