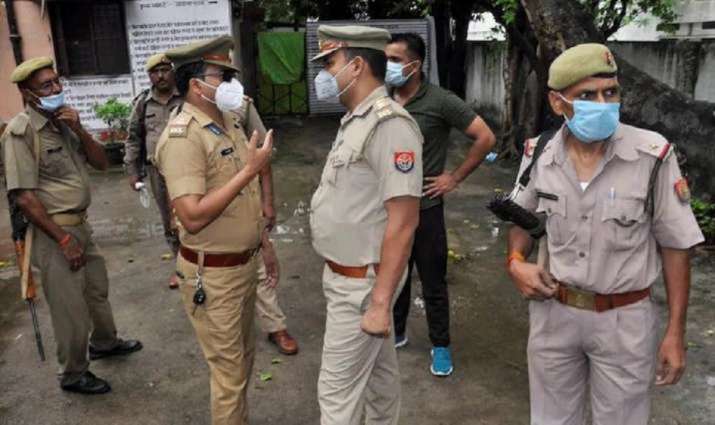 A most wanted gangster, involved in over four dozen criminal cases, was arrested from a village in Bihar’s Gopalganj district on Friday in a joint operation of the Bihar and Uttar Pradesh Police. Gopalganj SP Anand Kumar said that the joint team also seized a huge cache of arms and ammunition including an AK 47 rifle, one magazine and 27 live cartridges from Munna Mishra’s possession. The joint team has also arrested his wife as well.

Mishra was involved in the murder of a teacher named Dilip Singh — with whom he had a land dispute — in Jamuah Bazar in Gopalganj 60 days ago. “During the investigation, it appeared that the accused’s wife Anu Mishra was also a co-accused in this murder,” the SP said.

“Both the accused were on the run after that murder. They were frequently shifting locations in Uttar Pradesh and Bihar. Uttar Pradesh ATS learnt that Mishra was hiding in Pakaha village under Kateya police station in Gopalganj. The Uttar Pradesh ATS contacted us and we immediately constituted a dedicated team to raid the village,” he said.

“The accused is wanted in more than four dozen criminal cases including murder, attempt to murder, dacoity, kidnapping, extortion and rape cases in several districts of Bihar and Uttar Pradesh. Further investigation is on,” he added.

Technology use against civil society, regime critics, journalists always concerning: US on Pegasus